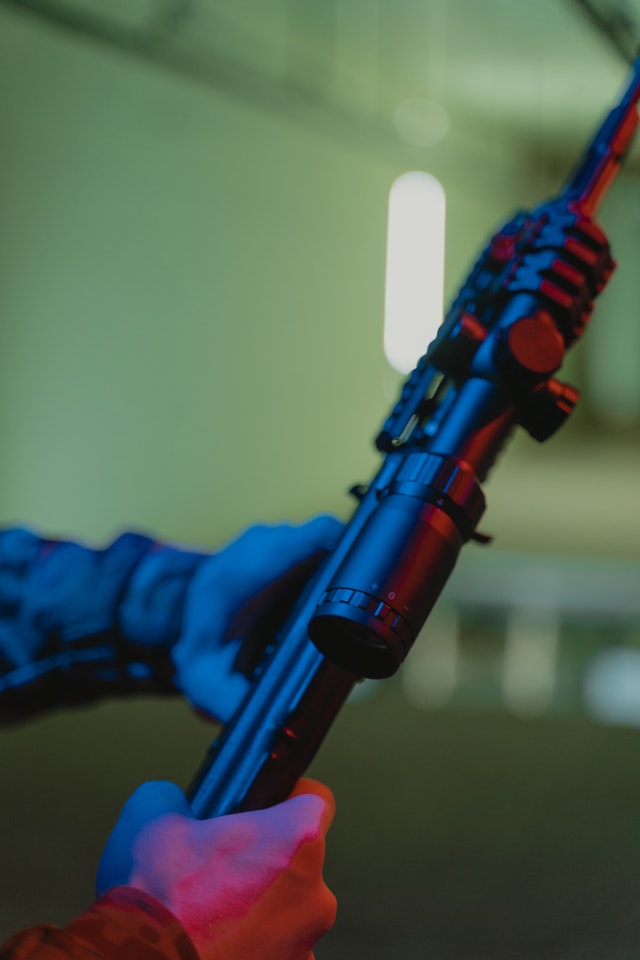 Gun violence is not an epidemic and firearms are not viruses that need to be eradicated! by Miguel A. Faria, MD

The public health establishment, supported by the medical journals, has renewed its call for the need for more gun research to be conducted by the CDC and funded by taxpayers. In other words, public health researchers want more taxpayer’ money to tell us that guns are a disease that must be eradicated. But as many critics have pointed out, including this author, gun violence does not fit the public health model of the disease-vector-host interaction. Moreover, criminals, not guns, are the causative factor for violence, and they are more amenable to study by the criminological and sociologic models of crime and violence. Let’s examine why.

First, guns and bullets are not living organisms but inanimate objects; and since they are not living organisms, they do not follow Koch’s Postulates of Pathogenicity. Koch’s Postulates are the time-proven, logical, series of epidemiologic steps carried out by medical investigators to definitively prove a microorganism is pathogenic and directly responsible for causing a particular disease.

To prove those Postulates, the investigators must first find the germ growing in every patient and every diseased tissue. Second, the germ must be isolated and grown in the laboratory. Third, the purified germ must cause the disease again in another host. Try as they may, guns have been shown not to do such things. After decades of trying, public health researchers have failed to prove that guns and bullets are contagious, infectious, or even living organisms.

Second, in the pursuit of foregone conclusions about gun as germs that must be eradicated, public health researchers abandoned, not only the rules of epidemiology but also the scientific method, which calls for the identification and stating of a problem, the gathering of facts through observations and experimentation, and the testing and re-testing of ideas (that we call hypotheses) that need to be proven right or wrong within a reasonable degree of scientific certainty. If the hypothesis turns out not to be valid, it must be discarded. But public health researchers refused to discard the same old hypothesis that guns and bullets are pathogens and the causative factor in violence.

How can guns be the cause of violence, when the number of guns possessed by Americans has doubled in the last three decades, at the same time that violent crime has dramatically decreased?

Why is the United States only midway in the list of international rates of homicides, violent crimes, and suicides when we vastly exceed every other nation in the number of guns possessed by American civilians?

Therefore, as the scientific process requires, the hypothesis — that guns are germs or viruses that fit the public health disease model and are the causative factor in violence — must be discarded.

Guns then are inanimate objects that do not cause disease but neutral tools that do what they were designed to do. Yet, despite the claims to objectivity and impartiality by government-funded public health researchers, the truth remains that gun research, at least in the last four decades, has been tainted because sound scholarship was abandoned in the pursuit of political ideology and the allure of government money. Public health officials still call guns viruses that must be eradicated and insist they are the cause of violence.

Given those views, public health researchers did not enter their studies with open minds but with biased prejudicial views about guns. They approached their research, not as unbiased, honest observers, devoid of preconceived notions, but as prejudiced researchers making their conclusions preordained and faulty.

Let’s judge them by their own words and examine what, as public health officials, they have been saying about guns and violence.

Dr. David Satcher, who was in charge of the CDC in the 1990s at the time the Congress passed restrictions on CDC gun research, lamented in 2012, “Any time we restrict research, it is dangerous for public health and democracy. It is sad when you really think about it. We are in an environment when children are dying and we are playing political games.” The very senior public health official who had been at the center of the problem is, over a decade later, still propagandizing with emotional sound bites.

Which side is really misusing science?  As early as 1989, CDC official Dr. Patrick O’Carroll was quoted in the Journal of the American Medical Association:

‘Bringing about gun control, which itself covers a variety of activities from registration to confiscation was not the specific reason for the section’s creation,’ O’Carroll says. ‘However, the facts themselves tend to make some form of regulation seem desirable,’ he says. ‘The way we’re going to do this is to systematically build a case that owning firearms causes death.’(1)

Although, in a letter to the editor, O’Carroll later claimed he was misquoted, Dr. William C. Waters, a public health critic, pointed out that Dr. O’Carroll did not claim to be misquoted when in the same article, he blurted, “We are doing the most we can do, given the political realities.”(2)

Prejudice against gun ownership by ordinary citizens is pervasive in the public health community, even when they profess objectivity and integrity in their scientific research. Deborah Prothrow-Stith, Dean of the Harvard School of Public Health at the time, encapsulated this uniformity of thought and the typical attitude of her colleagues: “My own view on gun control is simple. I hate guns — and cannot imagine why anybody would want to own one. If I had my way, guns for sport would be registered, and all other guns would be banned.”(3)

And Dr. Mark Rosenberg, Director of the CDC’s National Center for Injury Control and Prevention (NCIPC) in 1994 told The Washington Post: “We need to revolutionize the way we look at guns, like what we did with cigarettes. Now it [sic] is dirty, deadly, and banned.”(4)

A few public health officials like Dr. C. J. Peters, head of the CDC’s Special Pathogens Branch in the 1990s, expressed concerns about the direction public health had taken and reported to the Pittsburgh Post-Gazette, in the midst of the controversy over taxpayer-funded gun (control) research, “The CDC has got to be careful that we don’t get into social issues.” And he added, “if we’re going to do that, we ought to start a center for social change. We should stay with medical issues.”(4)

Unfortunately those wise words were not heeded; instead gun research became increasingly politicized and biased reflecting the words of the public health leadership. On March 6, 1996, I was one of four experts — Dr. William Waters, Dr. Timothy Wheeler, and noted civil rights attorney and criminologist Don B. Kates — that testified before a Congressional Subcommittee on the faulty gun research that had been conducted under the auspices of the CDC.  That summer Congress redirected $2.6 million away from the CDC and earmarked the funds for other health research projects. The redirected funding was the amount formerly allocated by CDC to its discredited “gun (control) research.” The rest is history. Congress with good cause also restricted the CDC from lobbying and conducting such biased, politicized and result-oriented gun studies because they were based on political propaganda rather than science.

Presently the public health establishment, supported by the major medical journals, has launched a campaign to force Congress to rescind the restrictions placed on the CDC and force the taxpayers to fork out more money for their propaganda. We can only hope that Congress holds fast to its wise decision of 1996 and keeps the taxpayers’ purse closed and out of their reach!

This article may be cited as: Faria MA.Gun violence is not an epidemic and firearms are not viruses that need to be eradicated! HaciendaPublishing.com, February 8, 2018. Available from:  https://haciendapublishing.com/gun-violence-is-not-an-epidemic-and-firearms-are-not-viruses-that-need-to-be-eradicated-by-miguel-a-faria-md

1 thought on “Gun violence is not an epidemic and firearms are not viruses that need to be eradicated! by Miguel A. Faria, MD”