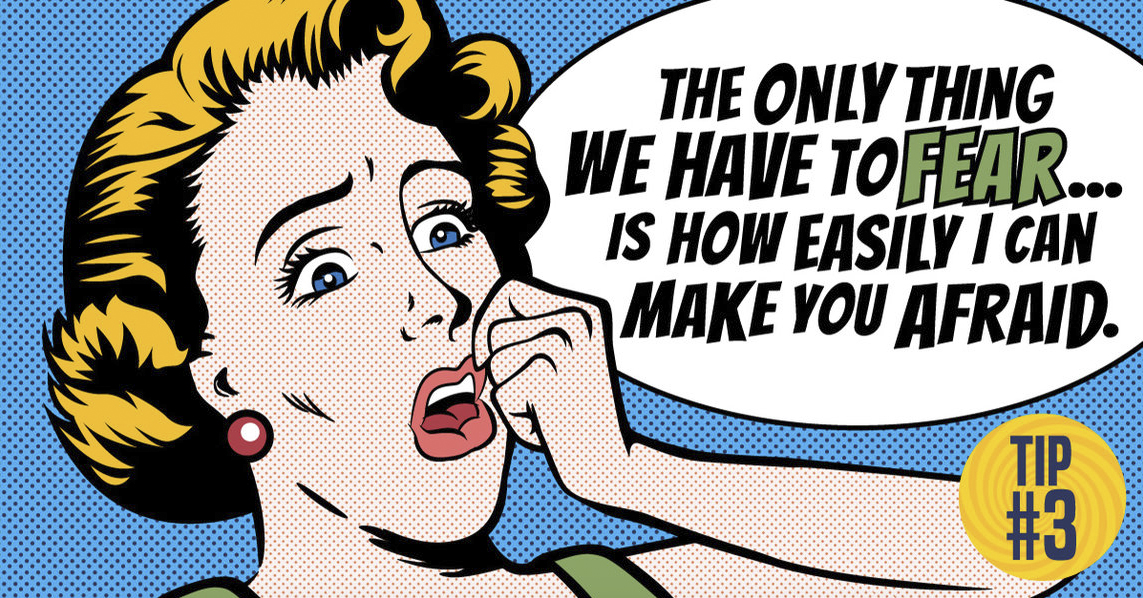 Over the past several decades we have gone through a series of epidemic and pandemic scares, none of which have become the infectious demon that was first hyped. SARs, Bird Flu, H1N1, Ebola and Zeka—all were presented by panicky media elite and the bureaucratic medical institutions as the end of the world—a return of the 1918 influenza pandemic. In each case, very few died and quickly they moved on to the next hyped disaster. The question now is—are things as bad with this virus as the purveyors of fear are saying? That remains to be seen. But we have some hints that—“Here we go again.”

First, I would warn everyone to ignore anything put out by the World Health Organization (WHO) and most of what comes out of the Center for Disease Control and Prevention (CDC)—both government bureaucracies that are not only heavily politicized, but also corrupt to the core.

WHO is a UN organization that has been plagued by scandal and virtual control by communist China. Its head is Tedros Adhanom Ghebreyesus, who was a member of the violent communist government of Ethiopia. He is known to be in the pocket of the Chinese communist party and does their bidding. The communist party of China has been lying about how many have actually died and that the high death toll, not seen anywhere else in the world, is directly linked to the enormously high air and water pollution in China. Here are some helpful statistics, even though what we see from China is doctored.

To date there have been 110,000 plus cases in 109 countries and 3831 deaths—a death rate of 3.4%. (Based on Chinese communist data), But the interesting thing is that almost all the cases and death have occurred in China in one province (Hubei province) of which Wuhan is the capital and also one of the most polluted cities and provinces in China. Using earlier statistics of available data, there were 65,596 cases in this one province and 2641 deaths. This means 78% of all cases in the world are located in one province in China and 92% of all deaths reported for the world are in this one province in China. If we take all cases in China, the numbers are even higher. That means 87% of all cases in the world are in China and 94.4% of all deaths are in China. So, for the rest of the planet, some 109 countries, account for only 6% of the worldwide death toll—and only 13% of the cases are outside China. In one Chinese province, Jiangsu, out of 631 cases—no one died, according to the Chinese communist government. Within Hubei province, the province of Wuhan, the highest death rate was 4% and is a province listed as the 3rd most polluted in China (air pollution). A previous New York Times headline announced, prior to this outbreak, that every year 1.6 million Chinese died from air pollution. Air pollution has been so bad in this city that 10,000 citizens marched in the streets in protest before the government thugs broke up the protest.

It is also known that if one is vaccinated against the SARs virus (a member of the coronavirus family) and then is exposed to the coronavirus naturally, death is much more likely than in the unvaccinated. This is because such individuals are more likely to develop a pulmonary cytokine storm. In fact, in virtually every death from this virus, the person did not die from the virus itself but rather from a cytokine storm—that is, an intense, over-reaction of their immune system to the virus. This explains why those who are vaccinated are at a far greater risk of dying—their immune system has been overactivated by the vaccine adjuvant. We also saw this with the H1N1 vaccine. People who took the H1N1 vaccine were at a higher risk of dying if subsequently exposed to the naturally occurring virus.

What is disconcerting is that several studies have now shown that the cytokine storm can be rapidly ended by using high-dose vitamin C intravenously. See my previous newsletter on the cytokine storm and on the use of high dose Vitamin C for more information.

There are a number of articles reporting the fact that patients dying of severe lung or even organ failure following a viral infection are dying because of an intense, hyperimmune reaction occurring in response to the virus and not the virus itself. (Ng WF et al. Human Pathol 2006;37:381-90; Siu KL et al. FASEB J 2019;33:8865-77; Chen C et al. Zhonghau Shao Shang Za Zhi 2020;36:)

Several studies in humans have also shown that in patients experiencing severe cytokine storm reactions, very high dose intravenous vitamin C has resulted in a rapid and complete recovery. In one such case, a 26-year-old women who was rapidly deteriorating despite intense routine treatment in an ICU, made a very rapid recovery after being given very high dose vitamins C infusions IV (200mg/kg/24 hours). She was well enough to go home on day 12 and follow-up one months later, by chest X-ray, demonstrated complete healing of her lungs. Other physicians have had similar experiences with high dose vitamin C in cases of patients rapidly deteriorating secondary to viral-induced cytokine storm. (Fowler AA et al. World J Crit Care Med 2017;6:85-90. Marik PE et al. Chest 2017;151:1229-38.)

Curcumin has also been shown to protect and treat cytokine storm reactions by a similar mechanism as vitamin C. (Sordillo PP, Helson L. In Vivo 2015;29:1-4.) Also of benefit, is EGCG, an extract of green and white tea. By taking Nano-curcumin, Nano-vitamin C and if needed Nano-EGCG (One Planet Nutrition), before one is infected, one can avoid experiencing a cytokine storm. These compounds also have very powerful antiviral properties. In most hospitals, very high dose steroids are used in an attempt to suppress the immune reaction. Unfortunately, this standard treatment has been frequently unsuccessful (and fraught with many side effects), as happened in the 26-year-old patients I described above. High dose vitamin C has virtually no risk and is incredibly effective.

The other advantage of keeping these supplements in your home is that you don’t have to ask the medical profession for permission to save your own life or the lives of your family members. Once you are in the hospital, they essentially own you. An ounce of prevention is worth a pound of cure. It is saddening and incredibly frustrating that so many will die because the medical profession refuses to implement this treatment now.

In conclusion, I found that in every case of Coronavirus infestation infection, those succumbing are dying from a cytokine storm. High dose vitamin C offers a rapid recovery and complete recovery. Taking the Nano-vitamin C and Nano-curcumin will block the cytokine storm, thus giving complete protection. These three Nano products I mention also have very powerful anti-viral effects for other viral diseases.

I now think the Chinese government is behind this, as it allows them to clamp down hard on dissidents in China and it is a way to destroy Trump’s chances of re-election. Eventually, his rallies will be no more and he will be blamed for every death.

Dr. Russell L. Blaylock is President of Advanced Nutritional Concepts and Theoretical Neurosciences in Jackson, Mississippi. He has written numerous path-blazing scientific papers and many books, including Excitotoxins: The Taste That Kills (1994), Bioterrorism: How You Can Survive (2001), Health and Nutrition Secrets (2002), and Natural Strategies for Cancer Patients (2003). He is Associate Editor-in-Chief, neuroinflammatory section, and Consulting Editor in Basic Neuroscience for Surgical Neurology International (SNI).

This article may be cited as: Blaylock RL. Coronavirus: A Real Danger or More Fearmongering? HaciendaPublishing.com. March 9, 2020. Available from: https://haciendapublishing.com/coronavirus-a-real-danger-or-more-fearmongering-by-russell-l-blaylock-m-d/.

The illustration that appears in this article was added for the enjoyment of our readers at HaciendaPublishing.com.