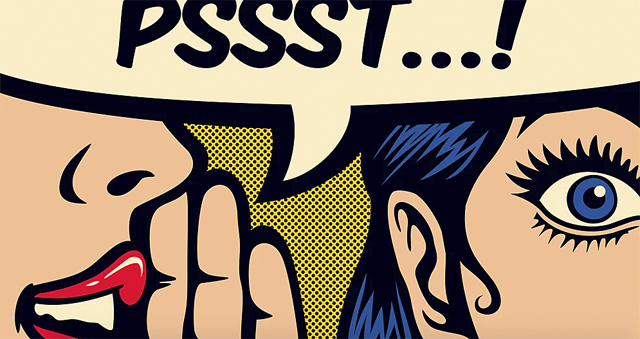 American naïveté: So you have nothing to hide!

In a previous article in GOPUSA.com about gun control in the European social democracies, I wrote that many Americans are extremely naïve when it comes to trusting the government with their liberties. In fact, there is an interesting dichotomy because citizens mistrust the economic acumen of government and don’t trust it with their wallets, but they play a different, more acquiescent tune when it comes to their personal freedom!

Thus, we continue to hear the expression, “If you have nothing to hide, you have nothing to fear.” The fact is we Americans have lived in freedom for so long, we are not only too trusting with liberty, but like the proverbial frog in the warming bath, don’t even notice when our freedoms are being eroded piecemeal.

Recently a letter-writer in my local newspaper, the Macon Telegraph, received an avalanche of verbal reprimands and heaps of derision thrown on her, from both apparent liberals and conservatives, for her temerity to express emotionally concerns about government invasion of her personal privacy.

The fact remains that even paranoids have enemies, as Israeli Prime Minister Golda Meir reminded Secretary of State Henry Kissinger during his celebrated 1973 “shuttle diplomacy.” No matter what your position on Israel is, the truth is that had Israel not held steadfast control of the territories gained in the 1967 conflict, the Jewish State would have been pushed into the sea in the surprise attack of the 1973 Yom Kippur War!

One of the Telegraph chastisers, at least received his own reprobation from an irate reader, who defending the victim, wrote:

“The Patriot Act and the War on Drugs have gutted the 4th Amendment. Our government and law enforcement monitor our phone calls, Internet, mail, what books you read, all without a warrant signed by a judge. Roadblocks take place daily under which we can be searched without a warrant. Under the ‘sneak and peek’ provision of the Patriot Act, our homes can be searched without our even knowing about it. It’s easy to see [Mr. H—] that you are one of the sheep who won’t even bleat as you are led to be fleeced or slaughtered.”

These are strong words but the irate citizen has a point as to the loss of American freedom. Consider the revelations that have come to light on domestic surveillance; the political abuses of the IRS targeting conservatives and political opponents of the Obama administration; abuses of the ATF and other federal agencies, etc. And if still in doubt, try to exit the country or even fly outside the U.S., not with a gun in your travel bag — but with your hard-earned money — and see what happens!

All of this loss of freedom has taken place in the name of security and safety, with little resistance from the general public, and despite Ben Franklin’s admonition, “Those who would give up essential Liberty, to purchase a little temporary Safety, deserve neither Liberty nor Safety.” History confirms the danger of government run amok and exercising too much power.

The powerful French Minister Cardinal Richelieu stated, “If one would give me six lines written by the hand of the most honest man, I would find something in them to have him hanged.” What Richelieu’s statement means is that the State can prosecute or blackmail and force anyone to do its bidding, once that person is targeted by the State for real, imagined, or fabricated offenses. The Founding Fathers understood privacy as the right to be left alone by government, and that is why they guaranteed Constitutional protections in the Bill of Rights, in this instance the 4th and 5th Amendments. They almost did not write the Bill of Rights into the Constitution because for some of them these protections were self-evident and redundant! I’m glad more prescient Anti-Federalist heads from Virginia prevailed on that account.

And yet some Americans opine, “If you don’t have anything to hide, then you don’t have anything to fear!” Really? More recently, echoing Richelieu, who was an authoritarian but not a communist, when the Soviet KGB needed culprits their motto was, “Show me the man and I will show you his crime,” with the same objectives and more lethal consequences!

“But Dr. Faria, that can happen in Cuba and the former Soviet Union, but it cannot happen here. This is America.” Really? Ask David Koresh and Vicky Weaver, Carl Drega and more recently the much lesser known citizens, John Gerald Quinn, whose home was subjected to a “no-knock” raid (once referred to as “dynamic entries”) based solely on the suspicion there was a gun in his house, or Bruce Abramski, and other lawful American gun owners, who over the years have been victimized by the ATF. Check the NRA and Gun Owners of America (GOA) websites.

Consequently, many defense attorneys advise their clients not to even talk to police unless they are present. This is perhaps lamentable, but the fact remains the U.S. government has grown to gargantuan proportions and so have the number of laws on the books and abuses against citizens. A recent article reported, “The Congressional Research Service cannot even count the current number of federal crimes. These laws are scattered in over 50 titles of the United States Code, encompassing roughly 27,000 pages.” Moreover, there might be an excess of over 10,000 additional administrative laws and regulations on the books. James Madison, the master builder of the U. S. Constitution noted in Federalist Paper #62:

“It will be of little avail to the people that the laws are made by men of their choice, if the laws be so voluminous that they cannot be read, or so incoherent that they cannot be understood; if they be repealed or revised before they are promulgated, or undergo such incessant changes that no man, who knows what the law is today, can guess what it will be tomorrow.”

Yes, voluminous they are; and in this labyrinth of laws, government can find incriminating information in the life of any citizen and with the threat of prosecution can blackmail persons to do its bidding, become informants, infringe on their liberties, and confiscate their property, as in asset forfeiture proceedings and outright extralegal confiscations. And if that was not enough, with the government’s inexhaustible finances, defense proceedings can bankrupt alleged criminal defendants (i.e., intransigent citizens) attempting to preserve their liberty and property.

As things stand now, the federal government has the capability to access every email written and phone call ever made by every citizen. Moreover, today almost everyone uses mobile phones, and Telecoms track their location. Telecoms reportedly are required by law to provide tracking information to the government. So lawful but naïve citizen, have you ever said or done something, or gone somewhere, that may cause you embarrassment, or worse, done something unknowingly that violates a provision in the 27,000 pages of federal statues or the 10,000 administrative regulations? Unless you are a saint, you could be guilty of some peccadillo or indiscretion, and not even know it! Furthermore, activities that may be legal now may not be legal tomorrow or may not have been legal when you committed them. And although something was illegal then and it’s legal now, or vice-versa, there is no way to know how that information may be used at a different point in time, given the likes and dislikes of our trendy popular culture, the fickleness of the people (jurors) and the populism of the legislators (who represent them), or the fastidiousness of the bureaucrat, who finds the offending transgression!

What about medical or genetic information that may affect your life, the lives of your children and grandchildren in the private or public (government) sector? In the private sector, if it is found, you may have difficulty with health insurance coverage, but in the government sector and the socialized medicine of the future, you (and your children) may be subject to “futile care” and thus burdensome, economic liabilities to the State. So, you still have nothing to hide from the prying eyes of the State and nothing to fear? Think again!

An unillustrated version of this article appeared on GOPUSA under the title “So you have nothing to hide” on February 17, 2015. The photographs used to illustrate this commentary came from a variety of sources and did not appear in the GOPUSA article.

This article may be cited as: Faria MA. American naïveté: So you have nothing to hide! HaciendaPublishing.com, February 17, 2015. Available from: https://haciendapublishing.com/american-naivete-so-you-have-nothing-to-hide.