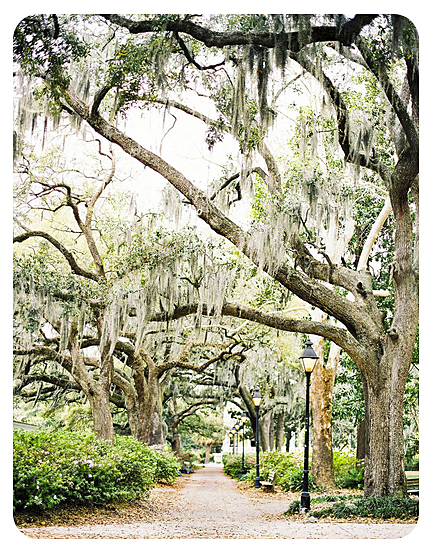 A Cuban Southerner’s Defense of the South: An Interview with Dr. Miguel A. Faria, Jr. by Myles Kantor

With Trent Lott ready to have burned Robert E. Lee in effigy to stay in office, it’s refreshing to see Southerners like Dr. Miguel A. Faria, Jr. Dr. Faria is the author of Medical Warrior: Fighting Corporate Socialized Medicine, Vandals at the Gates of Medicine, and most recently Cuba in Revolution: Escape From a Lost Paradise. He is also editor of the Medical Sentinel, the journal of the Association of American Physicians and Surgeons. All of his books are available through HaciendaPublishing.com. A retired neurosurgeon, Dr. Faria lives in Macon, Georgia.

Why did you and your family move to the South?

We moved south because it was an excellent opportunity for my father, who had just completed all of his medical re-certification requirements to practice medicine in the U.S. By chance, the best job opportunity offered to him was in Columbia, South Carolina, at the State hospital. Coincidentally, the rest of our family, my mother, sister Mercedes and cousin Clara, had just joined us in the United States. My father told us we needed to relocate from Miami for his new job and, most importantly, to learn to be Americans.

“We needed to never forget our roots,” he said. Nevertheless, “we were now to fully learn English and be assimilated into the American way of life!” My father and I had lived in Miami from 1966 to 1968, but that was culturally like living in a liberated Cuba, in “Little Havana.” Although Miami is south according to the geographic compass, we were now heading to the real South, to South Carolina, virtually in the Deep South, to begin a new life.

Why did you attend college and medical school in the South?

When we first told our friends in Miami that we would be moving to South Carolina, they could not believe it. Not only were we moving from the center of the Cuban world in exile, the “Little Havana” area, but we were moving to the “boondocks” of the South. They actually feared for our lives because of all the propaganda that Fidel Castro had given to race politics (and riots) in the U.S. After all, we were dark-skinned Cubans, who still did not command the language or the culture of our new country. Who knows what the KKK would do to us after we had left the haven of Miami to move to the “sticks” of South Carolina? After all, this was 1968 and race riots were in full swing.

But the Southern people we were supposed to fear welcomed us with open arms. We were treated very well in Columbia, South Carolina. I attended high school and college (the University of South Carolina, 1970–1973) there. I could have used the newly instituted affirmative action to go to Harvard or any other Ivy League school of my choice in the North. I had the grades and the ethnicity (i.e., Hispanic). Instead, I opted to stay in the South and rejected the use of affirmative action for any special consideration. Likewise in 1974, with excellent grades (magna cum laude) I could have gone to any medical school I wanted. Again, I opted to attend the Medical University of South Carolina in Charleston, where I met my beloved wife Helen.

Eventually we moved to Atlanta, Georgia to complete my residency training in neurological surgery at Emory University. We moved to Macon, Georgia because I was needed there as a neurosurgeon and because I felt it was a town that had held onto its southern heritage and traditions. We brought up our family there, our children, Miguel, Elena, and Gabriela. We still love living in that southern town.

You mentioned Castro’s racial propaganda. Would you please elaborate on that?

Castro’s speeches and news film clips of U.S. riots showed white policemen attacking black rioters with dogs. This was shown repeatedly on TV and in the movie theaters in between movies and programming.  If my memory serves me correctly, it started soon after the triumph of the Revolution, but escalated as he became more secure in power and felt free to openly display his hatred for the United States. Race relations in the United States were something that Castro exploited to the hilt.

Why do you live in the South today?

We love the South and the southern way of life. People are definitely more hospitable, civil, and polite than in the North. Southerners are still chivalrous toward women, respectful to elders, and nurturing to their children. Fathers still teach their youngsters, both boys and girls, to fish and hunt. Mothers teach their girls proper manners and etiquette.

Southerners will still strike up conversation with strangers and make them friends in parks, restaurants, grocery stores, and at the many outdoor festivities and activities. Honor and duty, like chivalry, scarce commodities elsewhere, are still to be found in the South. Here law-abiding citizens are still widely allowed to exercise their Second Amendment rights, and because of concealed carry laws, the crime rate has been dropping faster than in the rest of the nation.

Incidents like the brutal and tragic case of Kitty Genovese, who was stabbed to death at age 28 in Queens, New York, in front of thirty-seven witnesses, none of whom even tried to help her, don’t occur in the South. You can be sure one of us would have done something although you would not read about it in the mainstream media. Yes, we have crime in the South, but if a damsel is in distress, you can be sure that down here a southern gentleman will still come to her rescue. The South upholds the noblest traditions of these United States: honor, duty, freedom, and country.

Despite the advances of socialism and radical feminism (and the definite feminization of our society), in the South, it is still okay to be a woman and all that entails. It is all right and not insulting for a woman to accept a man’s old-fashioned politeness and his protection, if the situation arises. And yet, Southern women are not helpless. They can be tough when necessary without losing their femininity. It is also all right to be a man, because the warrior spirit survives in Southern men, the spirit to defend wife, family, and hearth.

What is the importance of Southern thinkers like Jefferson to your worldview?

The importance of Thomas Jefferson’s legacy of freedom, individual rights, state sovereignty (see the forgotten Tenth Amendment to the Constitution), constitutional governance and limited government with the consent of the governed, cannot be overemphasized. That is why many left-wing academicians, such as Conor Cruise O’Brien (who presided over the destruction of Katanga under the auspices of the United Nations in the early 1960s) and other statist, authoritarian, “progressive” educators have tried belatedly to besmirch the reputation of Thomas Jefferson, the sage of Monticello. The freedom tenets upon which Jefferson built our great American republic are a formidable obstacle for would be tyrants and those who want to submerge the sovereignty of these United States to a world government under the United Nations. Jefferson also remains a threat to those ambitious politicians who do not want to be bound down by the chains of the constitution.

You often cite Thomas Jefferson in your writings. Do you see an application for his thought to Cuba?

Cuba would be well served if her future leaders were to possess a Jeffersonian vision for the soon-to-be-free Caribbean nation. I say future leaders because the prospect of Jeffersonian freedom is not possible under the tyrannical rule of Fidel and Raúl Castro. They have too much blood on their hands. And that is why in the concluding chapters of Cuba in Revolution: Escape From a Lost Paradise, I expound on our Founding Fathers’ legacy of freedom based on sound, natural rights theory.

Rather than enacting the trappings of a collectivist social democracy as in many European nations, the Cuban people should adopt a constitutional republic like these United States. Here is what Jefferson wrote on March 11, 1790: “The republican is the only form of government which is not eternally at open or secret war with the rights of mankind.” He was backed by his friend James Madison, who wrote in Federalist Paper No. 10: “Democracies have ever been spectacles of turbulence and contention; have ever been found incompatible with personal security or the rights of property; and have in general been as short in their lives as they have been violent in their deaths.”

What advice can Thomas Jefferson give us for a hopefully soon emerging Caribbean nation? In his First Inaugural Address, he said:

“Equal and exact justice to all men, of whatever state or persuasion, religious or political; peace, commerce, and honest friendship with all nations, entangling alliances with none; freedom of religion; freedom of the press, and freedom of person under the protection of the habeas corpus, and trial by juries impartially selected. These principles form the bright constellation which has gone before us and guided our steps through an age of revolution and reformation. The wisdom of our sages and blood of our heroes have been devoted to their attainment.”

I can see no better vision for Cuba than a Jeffersonian vision of freedom.

Myles Kantor is a columnist for FrontPageMagazine.com and president of the Center for Free Emigration, which agrees with Frederick Douglas that “It is a fundamental truth that every man is the rightful owner of his own body.”

This article may be cited as: Kantor M. A Cuban Southerner’s Defense of the South: An Interview with Dr. Miguel A. Faria, Jr. LewRockwell.com, January 4, 2003. Available from: https://haciendapublishing.com/a-cuban-southerners-defense-of-the-south-an-interview-with-dr-miguel-a-faria-jr-by-myles-kantor/.

The original article is published at: http://www.lewrockwell.com/kantor/kantor77.html.