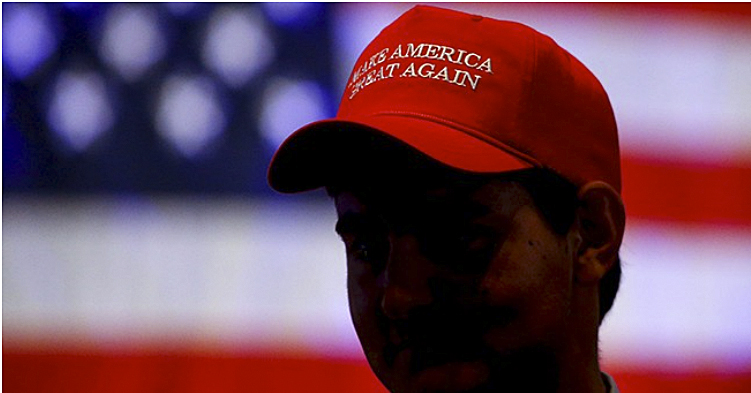 MAGA Must Prevail In GOP Fight by Jeff Crouere

The Republican Party has a split personality. On one side are the small donors and committed volunteers who compose the grassroots. These are the people who are real conservatives, engaged and enthusiastic.

In recent years, this group has been staunchly in support of President Donald Trump. This is the “MAGA” movement, which wants to “Make America Great Again” and to put “America First.” These activists are the ones who attend Trump rallies and participate on conservative talk radio and contact Congress on critical issues.

The moderates also are firmly in control of the party’s leadership positions. This includes the Chairwoman of the Republican Party, Ronna Romney McDaniel, and most of the state party leaders. True conservatives view this wing as the “RINO’s” or Republicans in Name Only.

Over the past fifty years, the establishment wing of the party has been dominant. However, there have been two major exceptions who served as President of the United States. Ronald Reagan and Donald Trump.

These Presidents were real conservatives, focused on “America First” policies and less interested in starting wars overseas and sending our military to foreign countries. Both Trump and Reagan cut taxes and enjoyed strong economic growth in the country.

While the party split was apparent during the Reagan presidency, it really was in the forefront during the Trump administration. He initially enraged the establishment wing by winning the 2016 GOP presidential nomination after defeating a string of more moderate candidates, such as former New Jersey Governor Chris Christie, former Florida Jeb Bush, and U.S. Senator Marco Rubio (R-FL).

Some of the Republican opponents became afflicted with the political disease known as “Trump Derangement Syndrome.” They hated the President so much that they became “Never Trumpers.”

After his 2016 election victory, some of these Republicans eventually decided to reluctantly support President Trump. Incredibly, others remained in steadfast opposition and started groups such as the “Lincoln Project,” which is so hostile to President Trump that it will support Democratic candidates running against Republicans aligned with the “MAGA” agenda.

As we approach the 2022 midterm elections, there is a battle for the soul of the Republican Party. GOP voters have a major decision facing them. Do they support candidates aligned with Trump or ones who espouse a more moderate agenda?

Among U.S. Senate Republican candidates, the ones championing a big government, globalist agenda are aligned with the party’s establishment. These candidates have the support of U.S Senator Mitch McConnell (R-KY), who will likely be the Majority Leader if Republicans win back control of the Senate.

McConnell has been in the U.S. Senate for decades. He represents the “old guard” who believes in working within the system, often in collaboration with Democrats. Trump derisively calls him “Old Crow” and has little patience for his tactics. Trump was especially incensed after McConnell viciously attacked him in the aftermath of the January 6th protests.

On the House side, if Republicans have a majority after the midterm elections, Minority Leader Kevin McCarthy (R-CA) is poised to become the next Speaker. He is another establishment Republican, who has been a member of Congress for many years.

McCarthy will attain this position even though he was taped after the January 6th protests calling for President Trump’s removal from office. He also was recorded on phone conversations advocating that Congresswoman Marjorie Taylor Greene (R-GA) and other conservatives be removed from social media.

McCarthy’s upcoming victory as House Speaker was guaranteed when Trump expressed no interest in running for the position. He also continued to back McCarthy despite the publication of his controversial phone calls. Even though McCarthy wanted Trump removed, the President continues to support him for House Speaker.

Unfortunately, there are no House conservatives ready to challenge McCarthy for the position of Speaker. The only potential opponent, U.S. Congressman Jim Jordan (R-OH), announced he will support McCarthy for House Speaker next year.

Here is the problem, if Republicans win control of Congress in the midterm elections it will be due to the outpouring of support from conservative, “MAGA,” Trump voters. Trump voters dominate the base of the GOP and will vote in substantial numbers in November. The establishment wing is powerful within the GOP leadership, but not among average Republican voters.

Once in control, congressional Republican leaders need to immediately launch impeachment hearings against President Joe Biden. There should also be demands that Biden submit to a mental competency test.

Most importantly, if entrusted with power, congressional Republicans need to pursue an extremely aggressive conservative agenda. If not, there will be significant disappointment among the GOP base.

In 1994 and 2010, Republicans won landslide victories and returned to power in the Congress. Thereafter, party leaders were too timid with their newfound authority and did not achieve the type of legislative victories their voters were expecting.

The result was that conservatives were outraged and became irritated with the GOP. They were not energized so conservative candidates lost the party’s presidential nomination in the next election cycle.

This political history should serve as a sobering lesson for Republican voters this year. It is not enough to take over the Congress. Real conservatives or “MAGA” voters want a bold political agenda to be pursued.

If not, the Republican Party will suffer the same fate in 2024 which it did in 1996 and 2012 and lose the presidency to the Democrats once again.