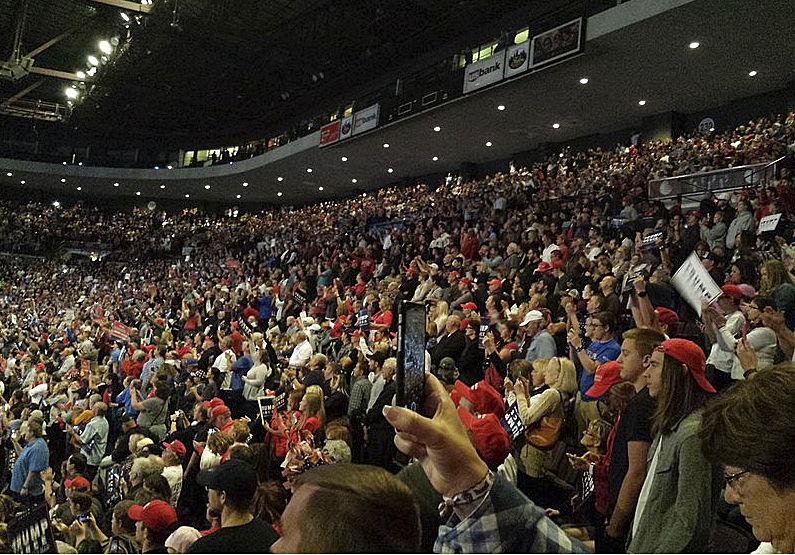 Several letters, including some long ones, have been published in my local newspaper, the Macon Telegraph, demonizing Donald Trump. One letter pretending to objectivity and citing the liberal media asserted that Trump told more lies than Hillary — as if a Krystal patty was as big as a Burger King Whopper or a McDonald’s Quarter Pounder! Trump may tell little tales from time to time to shock and capitalize on media publicity, even if in the negative. How else could he get through the fog and for free too! Democrats surely like to make up whoppers! But Hillary’s lies are impeachable whoppers, such as with the health care task force in her husbands’ administration (1994-95) to the email lies and the Benghazi scandal in Obama’s. Had we had an ethical Justice Department, she would have been indicted.

Of course the Telegraph writers, such as Eric Erickson, have not been the only ones demonizing Trump. Vice President Joe Biden opined that Trump “would have loved Stalin,” forgetting that it was FDR who embraced Stalin and the progressives in his administration who loved and even betrayed their country to Stalin.

A more recent letter scolds Republican state Rep. Allen Peake for complaining about Trump now but not doing enough in the past. The GOP establishment is also chastised for not doing enough to stop Trump. The writer forgot that it was the Republican electorate, the people frustrated with the establishment, who nominated Trump, not the Party elders. In fact the GOP leadership, including former GOP presidential candidate Mitt Romney and Senator Lindsey Graham (R-SC) should be chastised for trying to stop Trump despite the popular victories. It is absolutely astounding to me how the incorrigible liberal Democrats in our own newspaper are always extending unsolicited political advice to Republicans. William D. Carter of Bonaire is a good example.

It is amazing how it is the Democrats who frequently violate and abuse democracy. In the DNC, socialist Bernie Sanders was compromised to give Hillary the nomination, and now they are advising Republicans in how to stop Trump. It is worth repeating, primary state voters selected Trump. Ted Cruz was my candidate but I have accepted the popular results and the GOP leadership should do the same. Those who continue to undermine Trump are sore losers who should and will pay the price for their callous disregard of the voters, whom they claim to serve.

Finally, Trump may be bombastic but if he gets elected he will be bound from extreme mischief by the chains of the Constitution like all other previous presidents. Binding a loose cannon without fixed ideology would be far easier than a determined autocratic and corrupt ideologue like Hillary with a party behind her.

This article was published in the Macon Telegraph on August 31, 2016.