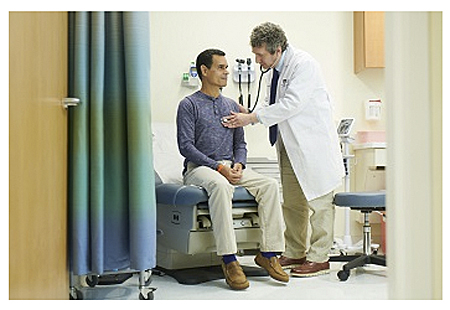 During President Clinton’s first term, a vigorous offensive was launched under the name “Health Security Act of 1993,” the goal of which was to deliver into the hands of the federal government the entire health care system of the United States. Fortunately, that undertaking was defeated, thanks to the resistance of the American people who made it clear that they did not want the central government exercising such comprehensive dominion over something so crucial as health care. However, though our adversaries appeared to fall back in defeat, we see in Dr. Faria’s Medical Warrior that in actual fact they simply resolved to pursue their final goal by more subtle means.

This volume is a collection of 27 essays, written to expose a major threat to the American health care system every bit as serious as straightforward socialized medicine. Big government, ever eager for limitless power, and monopolistic-minded corporate medicine, athirst for government-sanctioned gain, are now acting in concert to bring about a health care revolution incrementally, by regulatory means, having failed to do it in one huge leap. The system they have devised is called “managed care” or “managed competition,” which, Dr. Faria notes, is merely corporate socialized medicine. Under such systems, the freedom to choose one’s physician and to choose the nature of one’s care and treatment, in accordance with one’s resources, is severely limited or removed altogether. Physicians are no longer guided by the Hippocratic ideal that no harm must be done and that the patient’s good must always come first. They are, instead, forced always to consider first the cost to the corporate-owned, government-regulated “system” of any type of care or procedure. Should corporate socialized medicine succeed in its objectives, it will lead finally, warns the author, to “a veritable medical gulag. “

Unless the momentum of events under-goes a dramatic change soon, writes Dr. Faria, we will quickly enter “a new Dark Age of medical care regression, health care rationing, and perhaps, in the not-too-distant future, a brave new world of government- or corporate-imposed, active euthanasia…” That would amount to “rationing by death,” says the author, “the ultimate and most efficient form of cost control.”

Dr. Faria shows that, in addition to enticing people into accepting socialistic schemes by the old ploy of promising something for nothing, bureaucrats and politicians, aided and abetted by leftists in the establishment print and electronic media, have enhanced their power by means of counterfeit health and health-related “crises. ” For example, the author discusses the use of highly questionable statistics on the numbers of Americans lacking health insurance, gross exaggerations accompanying the whole subject of child abuse in the home, and deliberate misinformation with regards to the vulnerability of most Americans to AIDS.

Medical Warrior is an alarming work, filled with many arguments that are irrefutable and with impressive documentation in every chapter. The author, himself a refugee from communism, has produced a work that aims at mobilizing resistance to the “communism on the installment plan” that is rapidly undermining the freedoms and self-reliance of Americans. This volume will amply reward those who take the time to read it carefully.