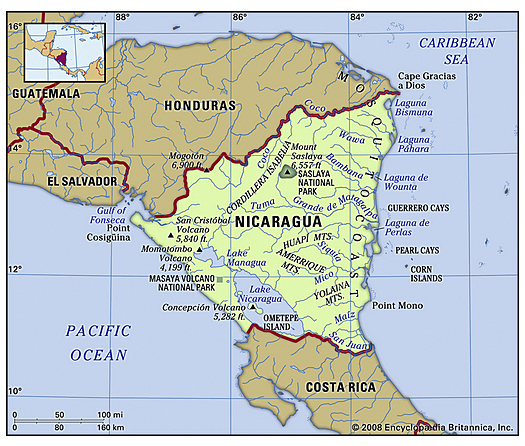 Letter to the Editor: Regarding “International Perspective: Neurological Surgery in Nicaragua.”

I read with interest the article by Robert J. Coffey, M.D., entitled “International Perspective: Neurological Surgery in Nicaragua.” The article was informative in its description of neurological surgery per se, but it was unfortunately saturated with much political propaganda (albeit in a neurological journal), which requires some criticism. First, the practice of medicine (and neurosurgery) would not have been as primitive as it was in Nicaragua in 1989 with the Sandinistas if it wasn’t for a misdelegation of priorities. While the people of Nicaragua do not have available a CT scan or MRI, or even the Seldinger catheterization technique for angiography, the Sandinistas had a standing offensive army 300,000 strong (total population: 3.5 million). While they cannot afford a CT scanner to diagnose a patient with a brain tumor (not to mention treatment with radiotherapy), they possess advanced helicopters, “flying tanks,” and MIG fighters, which are expensive weapons of destruction beyond what is needed for the defensive needs of a small nation. I have a photograph of my wife holding a surface-to-air missile (SAM-7) that was captured in November 1989 from a downed Nicaraguan plane that was transporting weapons to the leftist Salvadoran guerrillas. One can ask the question: Is it moral for a country to spend their national resources on such weapons when their own people go hungry and cannot afford the medical technology that is available in other similarly or less developed countries? In bordering El Salvador, for example, we saw an unfortunate 12-year-old, recently quadriplegic girl who was diagnosed with plain x-rays and CT scanning and then treated by her private neurosurgeon with the type of care that we would have expected in the United States. Moreover, we found that in San Salvador many working-class people are covered by private insurance for unexpected disease and injuries.

Second, I also take exception to Coffey’s quoting an article from the New England Journal of Medicine alluding to abuses by the Salvadoran authorities, and leaving it at that. Human rights abuses have been committed on both sides. During a recent trip to El Salvador my wife and I, along with a group of concerned Americans, found that most recent acts of war and terrorism are -committed by the leftist Salvadoran terrorists (FMLN) and are not reported by our news media. It is true that right-wing elements have committed atrocities (eg, the Jesuit priest’s case), but systematic killings (eg, the assassination of 12 mayors in 1989) and acts of terrorism (indiscriminate use of land mines with maiming of civilians) are now primarily the acts of left-wing terrorists that are trying to overthrow the duly elected government of President Alfredo Cristiani.

This year Violeta Chamorro was popularly elected by the people of Nicaragua. Let’s hope that better times are ahead for neurological surgery in that poor nation. Perhaps with the emergent Nicaraguan society, the health of the people may be given priority over military capabilities.

Finally, despite my objections to the political propaganda contained in Coffey’s article, I commend him for being able to bring us up to date on the state of affairs of neurosurgery in that embattled nation.

Dr. Faria has raised a number of issues in his letter for which the pages of this journal are hardly the best forum for debate (Surgical Neurology 1990;34:352). My original article (Surgical Neurology 1990;33:356-61) was limited to reporting documented facts and observations. Obviously, Dr. Faria has been deceived by the distorted picture of foreign affairs presented by “official sources” in the United States and its client nations. Unsupported statements that agree with orthodox or official views are accepted as “news” while opposing views or well-documented contradictory facts are dismissed as “propaganda” [1,2]. Nevertheless, political decisions have serious medical and health consequences, both at home and abroad [3,4].

To take Dr. Faria’s remarks in order, he states that the military spending of Nicaragua’s Sandinista (FSLN) government caused the lack of advanced medical technology in that country. This is untrue. Poor health care facilities not only antedated 1979 but have been improved significantly over the past decade. The FSLN did not dismantle a modern medical system and pawn the pieces in order to purchase armaments. Furthermore, no Soviet MIG fighters or any other military jet airplanes ever existed in Nicaragua under the FSLN regime. The television “news” stories of November 6, 1984, complete with “file footage” of MIG-21s on Soviet ships headed for Nicaragua, were “disinformation” fabricated by the U.S. State Department. Coincidentally, the stories were released on the eve of national elections, which the FSLN won by a landslide. By November 7. 1984, the deception was exposed by CBS News, and was further amplified in Newsweek magazine on November 19, 1984.

As stated in my article, important public health measures, totally neglected under the Somoza regime, had to be instituted from scratch. Mass vaccinations, infantile diarrhea rehydration centers, and family planning programs. However, Dr. Faria’s critique omitted the reason for Nicaragua’s prolonged military mobilization that drained vital resources from other sectors of the economy – namely, 10 years of open and covert warfare by the U.S. funded contras. These exiled remnants of Somoza’s National Guard terrorized agricultural settlements, sugar mills, and utility stations, such as the one in El Cúa, where they assassinated an American engineer, Benjamin Linder, on April 28, 1987. The contra’s heritage also included the 1979 murder of ABC News correspondent Bill Stewart – shot through the head by the National Guard as horrified Americans watched the evening news. Dr. Faria also neglected to mention the billions of dollars in damage to the Nicaragua, economy that resulted from the contra war and U.S. blockade. Over 5 years ago the World Court at The Hague ruled against the U.S. and held this nation liable for war reparations. The international panel of judges also upheld Nicaragua’s right to defend itself. Only the United States, Britain, and Japan dissented. Dr. Faria, the Reagan administration, and the U.S. news media ignored the verdict. In ironically Orwellian fashion, the real aggressors accused the legitimately elected FSLN government of being the tyrant.

Next, Dr. Faria would have us believe that the existence of elections and private health insurance in neighboring El Salvador makes that nation a model of democracy. He further states that the systematic terror that has racked El Salvador for over 10 years was the work of the FMLN guerrillas. These assertions stress the credulity of even the most cynical or biased observer. The documentation is so overwhelming that the Salvadoran government is responsible for over 70,000 killings since 1979 (in a country about the size of Vermont) that Congress curtailed a large portion of the nearly $1 million per day in U.S. aid. Government killings and mutilations that recently included six Jesuit priests and their housekeepers have also included foreign journalists, local labor organizers, the editors and employees of opposition newspapers, and, in 1980, Archbishop Oscar Romero. To try and shift the blame away from the Salvadoran government onto “leftists” is preposterous beyond belief. Currently, “Salvadoran democracy” is truly an oxymoron.

With respect to the February 25, 1990, elections: the National Endowment for Democracy (NED), although incorporated as a private organization, worked closely with the U.S. Government’s Agency for International Development (AID) to funnel $12 million to Violeta Chamorro and the UNO coalition. As 55% of Nicaragua’s 2 million-person electorate voted for Chamorro, this came to $10.91 per vote. Formerly, it cost Somoza only 30 cents per vote to win an election. Would the U.S. government allow a hostile foreign power, Iraq or Libya for example, to spend a proportionate per capita sum (approximately $900 million) to influence our presidential elections? I doubt it!

Concerned physicians and other citizens should judge the actions of rebellious or nonaligned peoples in developing nations by the same standards we would apply to allies, client states, or ourselves. Perhaps then we would also realize that even in this land of plenty, nearly $100 billion per year spent on the military is compromising our own national health caresystem.