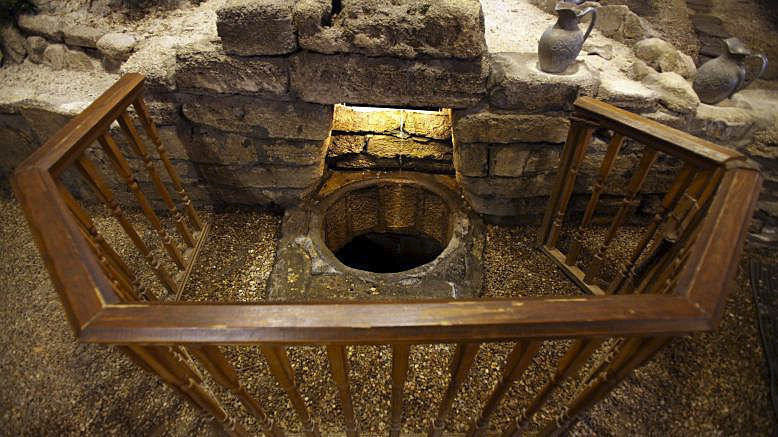 In Search of the Fountain of Youth

In the aftermath of the conservative revolution of November 8th [1994], we can again ponder some politically incorrect ideas. Voilà, instead of “proper allocation of finite and scarce resources,” we can indulge to think about longevity, prolonging the lifespan and the quality of life of patients. We can recount the story of medical advances that brought about the unprecedented increase in longevity, particularly in the wake of the Industrial Revolution.

Allow me, then, the indulgence of prefacing my story with the historic tale of the indomitable, Spanish conquistador Juan Ponce de León (c.1460-1521) who discovered and explored Florida in 1513. According to a legend told to him by the natives, there was  an elusive “fountain of youth” said to be hidden in the lush vegetation and swampy marshes of the exotic peninsula. In pursuit of this fountain, he went on a fruitless quest. Assailed by hostile Indians, tired, and unsuccessful in his attempts to locate the precious secret, he returned to Cuba. On a return trip in 1521, Ponce de León was, unfortunately, mortally wounded by bellicose Indians near Tampa Bay…before he had found the legendary fountain and been given the opportunity to unravel the secret to man’s immortality.

Today, the mythic concept of the “fountain of youth” is perhaps embodied in the dramatic advances made toward the prolongation of lifespan concomitant with gains made in the area of preservation of quality of life. As a result of these advances, octogenarians have become the fastest growing segment of our population in the closing decade of this millennium. Medicine in the 20th Century has performed miraculously in this area, but due to trendy ideologies inherent in the health care debate of the last two to three years, the significance of these medical advances has taken a back seat to such locutions as the already noted, “proper allocation of finite and scarce resources,” “useful lifespan,” “meaningful dialogue…on the right to die,” “assisted suicide,” etc.

It is time we revisit the pertinent topic of medical advances and increased longevity, and reincorporate these concepts, as historic background, for the health care debate that will continue into the 21st Century, as the aging baby boomers swell the ranks of the elderly.

Throughout the Middle Ages, the average human life expectancy was approximately 7-8 years of age, not only because of the extremely high perinatal mortality that skewed the data, but also because Europeans (and much of the world during this time) lived in an unhealthy milieu of filth, poor hygiene, and nearly non-existent sanitation. Superstition and ignorance, along with pestilential diseases and vermin infestation, were rampant. Epidemic and endemic diseases such as the bubonic plague, typhus, variola, and the White Death (consumption) took a heavy toll on the population.

From 1900 to 1930, owing to breakthroughs in the burgeoning sciences of bacteriology, microbiology, immunology, and public health—life expectancy was pushed from 47.3 to 59.7 years. This was an amazing prolongation in life amounting to 12.4 years in just a generation.(1)

In the 1930s and 1940s, with the introduction of antibiotics and their widespread use in the post-World War II period, another great stride was made in the saga of human survival. And it is this period, corresponding to the widespread usage of antibiotics that correlates with today’s observed increased longevity.

We should thank the pharmaceutical industry, public health, and, of course, physicians for the progress observed during this period. As you might remember from medical history, puerperal fever was one of those diseases that intrigued and baffled doctors in the 19th Century. You might even remember the famous painting of the illustrious Dr. Oliver Wendell Holmes delivering his famed lecture on the subject to the Boston Medical Society, which, I believe, took place in 1843.

Until the arrival of the miracle drug penicillin in the 1940s, the sulfa drugs were the mainstay of antibiotic treatment against infectious diseases. As a result of the availability of sulfa drugs and penicillin, and their widespread use atop earlier public health measures—such as isolation of the sick during epidemics; quarantining of ships at ports of disembarkation; disinfection of fomites; promotion of personal hygiene; furthering of education as to communal sanitation, including the use of potable, running water and the proper disposal of wastes; exposure to fresh air and the beneficial rays of sunlight—life was prolonged beyond all expectations.

Maternal mortality, a dreaded and common complication of pregnancy throughout the ages, was virtually conquered in the 20th Century by the three-prong attack of public health, improved obstetrical care, and the use of antibiotics. The marked reduction in maternal death was indeed one of the great human achievements of medical history. As Drs. N. Hiatt and J.R. Hiatt recently wrote in The Pharos: “Maternal mortality was halved every ten years since the introduction of antibiotics in the mid-1930s and now stands below .01%.”(1)

Yet, in two of the most salient ironies of recent medical history, in today’s litigious climate, obstetricians, who were (and remain) instrumental in improving the maternal morbidity and mortality statistics, are under heavy attack from attorney-litigators in a medical liability crisis which is out of control. Seventy-five percent of U.S. obstetricians have been sued, and young obstetricians are told they should expect to be sued several times during their careers.(2)

For its part, the pharmaceutical industry is also under heavy fire from government bureaucrats for the audacity of remaining in the black during the recessionary period of the last several years. Many other American industries, meanwhile, were submerged in oceans of red ink and asked for subsidies and/or other forms of government protection (“corporate welfare”) to survive the “bad times.”

Public health has not been exempted either. Recently, it, too, has been increasingly subjected to government propaganda and the prevailing winds of political expediency, as has been the case of AIDS. The dreaded disease caused by the HIV virus has been politicized and treated more as a sociopolitical issue than as the public health menace that it has been (and continues to be) in some sectors of the population.

But let us return to our story and state that the reduction in maternal mortality as well as perinatal infant mortality were to a significant degree responsible for the tremendous rise in life expectancy between 1930 and 1987. Moreover, it was during this time that we conquered such diseases and scourges of humanity as syphilis, pneumonia, diphtheria, typhoid fever, typhus, and the old consumptive killer, tuberculosis—which dropped from the top of the list to #21 in the morbidity and mortality statistics during this time.  As a result, life expectancy climbed from 59.7 years in 1930 to 74.9 years by 1987.(1)

Between 1960 and 1987, the average lifespan increased by 5.2 years.  Although this climb was not as dramatic as the previous two 30-year increases, it was still a significant improvement.1 In any event, as we may be approaching our physiologic limits of longevity, lifespan would be expected to increase at a slower pace. Yet, I deeply believe we can still stretch our life spans considerably while preserving quality of life.

Has the Fountain Been Found?

Consider the fact that over 80% of diseases are associated with unhealthy lifestyles and self-destructive behaviors, and thus, they are subject to healthy alterations in behavior.(3,4) The possibilities for improvement are enormous—and maximal lifespan, incidentally, redolent of the search for the secret of the fountain of youth of Ponce de León, has been estimated to be 114 years.(1) A lot of room, then, is still available for improvement!

How, you ask, can we even begin to approach this longevity while remaining fit? Perhaps, by fostering a sense of individual responsibility in our patients; by encouraging them to cease smoking, exercise regularly, stick to proper diets, obtain and remain near ideal body weight, and follow other simple measures that we know can prolong quality time on this resilient Earth. We can even reduce health care costs in the process and save money for when we reach that ripe old, antediluvian age.

Two more items: We need to militate for a revitalized private sector health care system that emphasizes true science and research and development in the medical marketplace, while rewarding those individuals who maintain healthy lifestyles. We need to encourage the pharmaceutical industry to continue to procure new life-saving drugs. And, we also need to derail the litigation juggernaut that is presently devastating both.

This article, which originally appeared in the February 1995 issue of the Journal of the Medical Association of Georgia as Dr. Faria’s “Editor’s Corner,” was subsequently updated and re-published as Chapter 16 in Medical Warrior: Fighting Corporate Socialized Medicine (1997). It has been posted here and is now accessible on this website for the benefit of our readers.