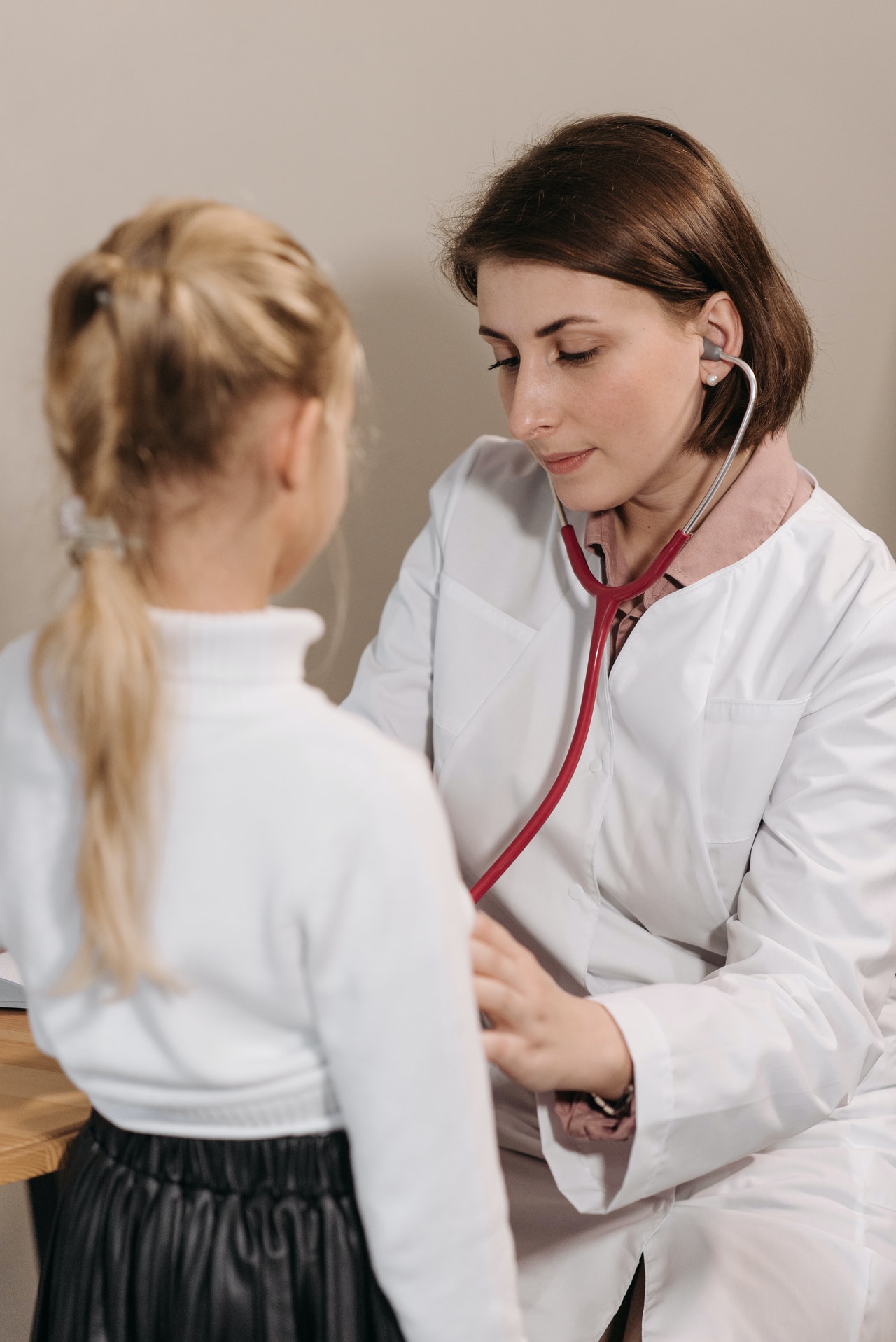 On the Moral Virtues and Evolving Professional Ethics: A Message to Physicians by Miguel A. Faria, Jr., MD

It has been written by the great thinkers of the Western intellectual tradition that the chief moral virtues — the four cardinal virtues — are courage (or fortitude), temperance, justice, and prudence.

According to the modern philosopher Mortimer J . Adler, the four cardinal virtues are the virtues which constitute the moral character of a good man.1 While it is true that there are many other desirable traits (e.g., amiability, modesty, humility, and honesty), the man or woman who embodies the chief moral virtues possesses the moral fiber from which all other virtues flow.

In our present Zeitgeist, in which the liberal elite dominates popular culture via control of the media, the support of the Hollywood establishment, and the intellectual air provided by academia, it is no accident that contemporary verbiage is dominated by cursory sound-bites (rather than ratiocination) and overused politically-correct cliches such as “fairness” and “consensus-building,” and new popular ethos such as the cult and worship of victimhood.

These trendy terms (and situations) appear to have been carefully selected to impersonate three of the old cardinal virtues: temperance, prudence, and justice. It would appear then that if we suffer from a dearth of a single virtue, a most likely candidate for that deficiency would be moral courage. And, again, if there is a single virtue doomed to moral atrophy and extinction, it would be courage (fortitude).

With the advent of post-Modernism and the gradual prominence gained by the philosophy of pragmatism originated by the American psychologist William James (1842-1910), moral value judgments, particularly during this decade of the 1990s, seem, like evanescent beauty, to be in the eye of the beholder. James rejected all transcendental principles despite the fact that he maintained a scholarly, lifelong interest in religion and psychic research.2 Pragmatism instructs us that the truth of a proposition is not determined from miracles of faith or logical reasoning, but judged solely from its practical outcome.

To my thinking, this is akin to Nicole Machiavelli’s axiom that in politics, as in war, the end justifies the means. Pragmatism maintains that truth evolves as “discoveries are made and it is relative to time and place and purpose of inquiry.” The influential American educator, John Dewey (1859-1952) went a step further with his theory of instrumentalism (an offshoot of pragmatism), insisting that truth is merely an instrument used by man to solve his immediate problems, and that it (truth) must change as his problems change. “Thus it [truth] partakes of no transcendental or eternal reality.” What these learned gentlemen and their philosophies of pragmatism and instrumentalism imply is that there are no universal truths or absolute moral value judgments, only moral relativism and situational ethics. The impact of this doctrine on present-day ethical value theories in academia and among the cultural elite is obvious.

Courage, my friend, is enjoyed by those who possess the moral fortitude to endure hardships and pain in the pursuit of truth, regardless of the consequences. You see, it takes fortitude to persevere in the face of repeated obstacles, hardships, danger, stress, even disparagement from those who oppose a principled man’s undertaking. The philosopher Aristotle (384-322 B.C.) discussed at great lengths both the mental and physical aspects of courage, and believed that a courageous and prudent man avoids the extremes of rashness on the one hand and cowardice on the other. He held that to be considered a courageous man, one must be aware of danger and experience fear while undertaking a courageous action. A man, then, must be keenly aware of his travails in life’s journey and understand and overcome fear to have genuine courage and accomplish his quest for truth.3 St. Thomas Aquinas (1225-1274) also wrote about three aspects of courage: physical, mental, and especially, spiritual courage. Spiritual courage emanates from God and is necessary to endure the hardships of life.4 The Jewish philosopher Baruch Spinoza (1632-1677) postulated that fortitude was necessary to persevere in any worthwhile undertaking; a task should be as difficult as it is noble. Paradoxically, James himself wrote of the necessity for an “iron will” to cope with the trials and tribulations of the human condition.5

Why is all of this relevant to the present plight of medicine? Because the ancient ethical foundations of medicine laid down by our predecessors from Hippocrates (460-370 B.C.) to Thomas Percival (1740-1804) and other physicians and genuine medical ethicists have been (and continue to he) greatly eroded by those masquerading as free-marketeers but in reality are constructing the scaffold of corporate socialized medicine.6 Contributing to this task are also many self-proclaimed, non-physician medical ethicists who provide the “moral” and “rational” basis for cost-containment and rationing in health care.7

These disparate groups (e.g., corporate elitists, collectivists, etc.), aided and abetted by entrenched bureaucrats in both the private and public sector, have unilaterally decided that health network mega-corporations (motivated by the bottom line and using the capitalist engine for cost-containment and rationing) may, under the aegis of government authority, impose managed competition on the American people (those receiving) and on devoted physicians (those delivering) medical care in the trenches of the American heartland. That is, they want to make big profits at the expense of both, but to do so, they must first change the ethics of the noble profession of medicine. And to accomplish this goal, they must sell us the erroneous idea that medical ethics evolves with time and may be tailored to fit the needs of specific conditions, i.e. the present situation or the post-Modern age. It goes without saying that for medicine, the supremacy of pragmatism and the acceptance of situational ethics will further erode medicine’s idealism and altruism, the patient-doctor relationship and the veritable transmogrification of the ancient Hippocratic ethic to a modern, convenient, alterable, cost-effective, veterinary ethic.

To combat this strong, treacherous current will take virtuous physicians, imbued not only with courage and moral fortitude, but also armed with the intellectual virtues — namely, understanding, knowledge, and wisdom — that are assiduously cultivated and nurtured by a lifelong commitment to learning, perseverance, and a devotion to principle, duty, and individual responsibility. The 2500-year-old beneficent ethics of the medical profession and Hippocratic medicine do not need changing into a new veterinary ethic of corporate socialized medicine to fit contemporary ethos — and satisfy corporate greed. Like universal truths, medical ethics should be considered (and should remain) constant and immutable, not subject to the political expediency of the moment — or the pragmatism of the collectivist central planners.

Given the formidable obstacles that lie ahead, “it will take truly Renaissance physicians of the highest order and courage to surmount the titanic hurdles in their path and repel the Vandal hordes massing for the final onslaught, eager to breach the gates, to pillage and plunder the traditional practice of medicine, and sap its substance.”‘8

Yes, it will take intellectual virtues as well as moral courage to repel the sundry Vandals who seek to impose on the nation the veterinary ethic of managed care and corporate socialized medicine. As physicians, we must prevent the perversion of our time-honored ethics and the final dissolution of the sanctity of the patient-doctor relationship, while implementing the truly individually-based, patient-oriented free-market approach to medical care that is so desperately needed to derail the odious juggernaut of managed competition, a scheme that seeks to destroy the ethical practice of medicine — one of the great remaining legacies of Western civilization and the American way of life.

Miguel A. Faria, Jr., M.D. is Editor-in-Chief of the Medical Sentinel.

This article may be cited as: Faria MA. On the Moral Virtues and Evolving Professional Ethics: A Message to Physicians. Chalcedon, September 1, 1997. Available from: https://chalcedon.edu/magazine/on-the-moral-virtues-and-evolving-professional-ethics-a-message-to-physicians.

A similar version of this article was published in the Medical Sentinel 1996;1(1):4-5 as Dr. Faria’s Editor’s Corner.