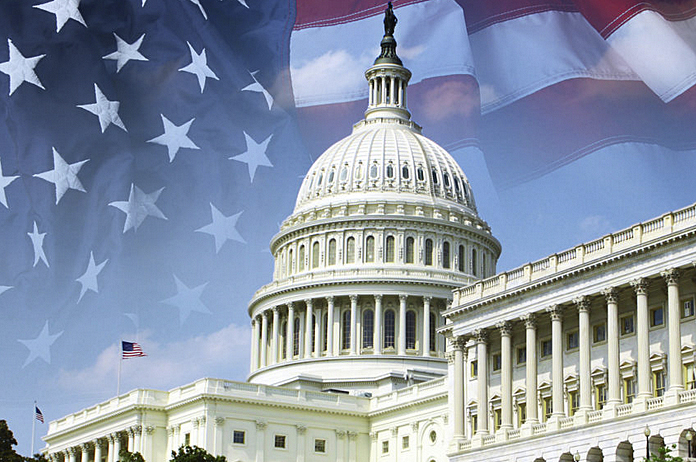 Republicans Should Focus On America, Not Ukraine by Jeff Crouere

Obviously, the war in Ukraine is a tragedy of monumental proportions. Over three million Ukrainians have fled their country in the aftermath of Russia’s invasion. While brave Ukrainians have put up a very stout defense of their nation, the Russians have been able to take control of some areas and are killing innocent civilians.

President Joe Biden has authorized $14 billion in aid, including robust supplies of military hardware, to assist the Ukrainians in defending their country.  For many Democrats and Republicans this military aid is not enough. They claim we should help transfer military aircraft to Ukraine and enforce a no-fly zone over the country.

The problem is that each escalation of our involvement risks our country becoming engaged in armed conflict with the Russians, thereby commencing World War III. Too many politicians in Washington D.C. and members of the Deep State and elite media want to start a war with Russia. These beating of the war drums are dangerous and do not represent the will of the American people, who do not want to start World War III with the Russians.

Our country just ended a twenty-year war in Afghanistan with a horrific exit of our personnel that resulted in thirteen military service members being killed. After that experience, Americans are not ready to start a new war with a country that possesses 6,500 nuclear weapons.

According to a new Quinnipiac poll, 75% of the American people want to help Ukraine without risking a war with Russia. Only 17% favor helping in a way that may lead to war with Russia.

On this issue, the American people are correct, but political leaders of both parties, especially Republicans, are dangerously wrong and are hellbent on war with Russia. For example, former House Speaker Newt Gingrich wants the full power of our country “unleashed” on Russia to not only stop their invasion, but also to defeat Russian President Vladimir Putin so thoroughly that he will be “ousted from power by his own government.”

While Gingrich advocates regime change in Russia, U.S. Senator Lindsey Graham (R-SC) is calling for the assassination of Putin. Graham tweeted, “for somebody in Russia to take this guy out. You would be doing your country — and the world — a great service.”

Fortunately, not all Republicans have developed hysterical war mania. U.S. Senator Ted Cruz (R-TX) labeled Graham’s suggestion “an exceptionally bad idea.” As Cruz noted, no U.S. politician, nor GOP leader, should be “calling for the assassination of heads of state.”

Even the idea of a no-fly zone in Ukraine is problematic, according to U.S. Senator Marco Rubio (R-FL). He likened it to “World War III.” Rubio defined it as “the willingness to shoot down the aircrafts of the Russian Federation, which is basically the beginning of World War III.”

Cruz and Rubio understand there should be limits on our support of Ukraine. Despite the horror of the war in Ukraine, it is not a crisis which threatens the survival of the United States of America.

What does threaten our country are the extremely detrimental policies being advanced by the Biden administration. Instead of trying to oust a foreign leader, Republican leaders should be focusing on politically ousting the Democrats from power in this country.

The United States of America is facing a multi-faceted crisis impacting our economy, our educational system, our public safety, and our national sovereignty. The 330+ million people living in our country recognize the problems and are demanding action from our leaders. Unfortunately, our political leaders are either delivering the wrong responses or are willfully ignoring the problems.

The last fourteen months of the new Biden administration have been a horror show in America. Our once secure southern border has become wide open as over 2 million illegal aliens surged into our country in 2021. Incredibly, the rate is increasing in 2022.

While we allocated $14 billion to help the Ukrainians protect their borders and fight against the invading Russians, nothing has been allocated to finish our border wall and stem the flow of millions of illegal aliens into our country.

In addition, illegal aliens bring drugs, including fentanyl, which killed over 100,000 Americans last year. Illegal aliens take jobs away from law-abiding Americans and send money back to their home country, taking it out of our economy. They do not pay income taxes, while they receive many services that are funded by the taxpayers of our country.

While our problems multiply, our leaders are focused on the war in Ukraine. Of course, the human tragedy there is compelling, and we must aid the victims of that war; however, we cannot neglect the true suffering in our country.

American cities are crime ridden and the number of police officers shot last year reached a new record high. Along with soaring crime, poverty is on the increase as well. Our streets are filled with homeless people, including too many veterans, living in squalid conditions.

If Republicans beat the war drums too loudly, their voters will resent the attention being diverted from problems on the home front. For example, gasoline prices have reached a record and inflation soared to a 40-year high. Sadly, the wages of Americans are not keeping pace and people are falling further behind economically.

Under President Donald Trump, our country was energy independent. Incredibly, Biden made our country energy dependent again by a series of moves meant to inflict harm to our oil and gas industry. After the banning of Russian oil imports, we face the prospect of importing oil once again from tyrannical regimes. Of course, the answer is unleashing our energy industry, but Biden is too beholden to the “New Green Deal” fanatics who are so influential in his administration.

For our country to truly help other nations in need of assistance, we must fix our problems first. Republicans should be focused on America, not Ukraine. If not, they will pay a heavy price at the polls in November.