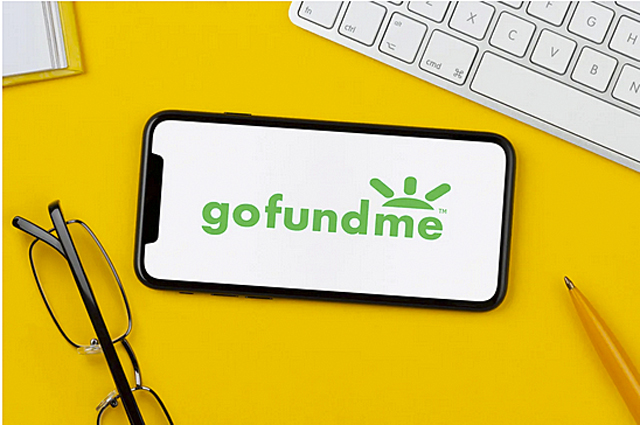 GoFundMe Can Go To Hell by Jeff Crouere

Freedom loving people in the United States, Canada and worldwide need to learn a valuable lesson about the woke masters of the Internet. Most of these popular social media and crowdfunding sites need to be avoided like the plague.

For years, the leftists who control these platforms have clearly shown they do not believe in free speech and are obsessed with removing content from conservatives if it conflicts with the progressive agenda.

Whether the topic is the 2020 election or COVID-19, Internet censors are enthusiastic to remove content from conservatives on a variety of platforms. The same censorship does not apply to progressives.

In January of 2021, the message should have been clear that these sites are corrupt. When President Donald Trump was removed from Facebook, Twitter and other platforms, there should have been a stampede of conservatives away from the sites that show utter disgust for their movement.

To make matters worse, while Trump was deleted, posts from Hollywood stars who threatened his life were not eliminated. These same sites also continued to allow content to be posted from radical Islamists who called for “Death to America.”

Unfortunately, too many conservatives continued to use these sites because of convenience or access to their friends or the desire to promote their content. They should have realized that these leftist sites usually shadow-ban or purposely limit the online reach of conservative content.

Fortunately, viable alternatives have developed to both Facebook and Twitter and all conservatives should be using a variety of platforms and not spending their time or money on sites that utterly despise their views.

Another site that should be avoided at all costs is the fundraising platform, GoFundMe. This was the site that the heroic Canadian truckers initially used to raise money for their “Freedom Convoy 2022.” Supporters flocked to the site to donate to this remarkable and courageous cause. In fact, $10 million was raised for the truckers.

At that point, left-wing Canadian politicians convinced the shady GoFundMe executives to shut down the fundraising campaign. Remarkably, GoFundMe then declared that the truckers would receive no money. Their donors would have to apply for a refund and other causes “verified” by GoFundMe would receive the balance.

This created a firestorm of controversy from aggravated donors and supporters of the truckers. It was so intense that the CEO of GoFundMe, Tim Cadogan, decided to lock down his Twitter account. Eventually, after undergoing massive criticism, GoFundMe elected to “simplify the process” and refund “all donations to the Freedom Convoy 2022 fundraiser. GoFundMe promised that the “refund will happen automatically” and that donors should “expect to see refunds within 7-10 business days.”

Of course, this belated move was unsatisfactory as the fundraising campaign should have never been stopped initially. This entire episode should be a wake-up call for every conservative to stop using GoFundMe for any fundraising campaign. It was so abusive that Florida Governor Ron DeSantis and the Attorneys General of Florida, West Virginia, Missouri, and Ohio have vowed to investigate the site for potentially “deceptive advertising practices.”

This abuse hits home for it is exactly what happened to my wife and me when we organized a “Save America” rally in 2020. We decided to gather people from around Louisiana to protest the abusive COVID-19 lockdown and the mask mandate. The online fundraising started to gather strength and then GoFundMe received a complaint from a far-left activist and decided to shut down our campaign and would not give us access to the funds.

Our donors were forced to scramble and retrieve their money from the site and then find another way to support our rally. It was a major blow to our efforts to coordinate a successful rally. Fortunately, we organized a remarkably worthwhile event, but it cost us countless hours of additional work, thanks to the leftists at GoFundMe.

Today, there is a Christian alternative to GoFundMe. The site is called GiveSendGo, which allows donations to be received without bias or unfair interference from the site operators. By Sunday, a group supporting the Canadian truckers raised $3.5 million on GiveSendGo. Hopefully much more will pour in as their supporters discover this alternative site.

All freedom lovers need to realize their economic power. Not only must we stop buying products made in China that support the genocidal communist regime, but we also must stop supporting leftist online platforms that have declared war on the values we hold dear.

Thus, we must finally say goodbye to Facebook, Twitter, and GoFundMe among many other leftist sites. We must stop spending our valuable time and money on these sites and profiting those who use the funds to promote progressive and socialist causes, like Facebook CEO Mark Zuckerberg.

This type of movement has already started. In their last quarterly financial report, Facebook’s parent company, Meta, reported a loss of users for the first time in their eighteen-year history. Approximately 500,000 daily users abandoned Facebook in this period. While Facebook cited the growth of the short video site Tik Tok as the primary cause for this loss, there is no doubt that some conservatives are leaving the site in search of more Internet freedom and less censorship.

The loss of users and the declining profits led Meta’s stock to plummet 26% on Thursday, leading to a loss of $230 billion, the largest one-day plunge of any stock in U.S. history, according to the Wall Street Journal.

The movement away from GoFundMe, Facebook and other leftwing social media sites must continue and, in fact, accelerate in the future. It is high time that free speech advocates in the United States, Canada and worldwide declare war on Internet censorship and use their economic power to buttress their growing political power.