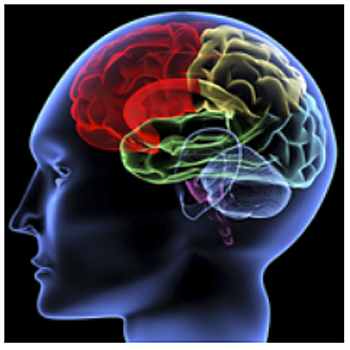 The road being paved to neuroethics: A path leading to bioethics or to neuroscience medical ethics?

Abstract — In 2013, U.S. President Barack Obama decreed the creation of the Presidential Commission for the Study of Bioethical Issues, as part of his $100 million Brain Research through Advancing Innovative Neurotechnologies (BRAIN) initiative. In the wake of the work of this Commission, the purpose, goals, possible shortcomings, and even dangers are discussed, and the possible impact it may have upon neuroscience ethics (Neuroethics) both in clinical practice as well as scientific research. Concerns were expressed that government involvement in bioethics may have unforeseen and possibly dangerous repercussions to neuroscience in particular and to medicine in general. The author emphasizes that the lessons of history chronicle that wherever governments have sought to alter medical ethics and control medical care, the results have frequently been perverse and disastrous, as in the examples of the communist Soviet Union and National Socialist (Nazi) Germany. The Soviet psychiatrists’ and the Nazi doctors’ dark descent into ghastly experimentation and brutality was a product of convoluted ethics and physicians willingly cooperating with authoritarianism citing utilitarianism in the pursuit of the ‘collective’ or ‘greater good.’ Thus in the 20th century, as governments infringed on the medical profession, even the Liberal Democracies have not been immune to the corruption of ethics in science and medicine.

In a recent interview, prompted by the launching of the Presidential Commission for the Study of Bioethical Issues by U.S. President Barack Obama as part of his $100 million Brain Research through Advancing Innovative Neurotechnologies (BRAIN) Initiative last year [Figure 1], I was asked by Kerry Sheridan of Agence France‑Presse, “Is it possible to make sure certain ethics are adhered to in neuroscience, whether in a single country or globally?” I responded that adherence is certainly possible as long as neuroscientists practice a code of medical ethics dictated by their conscience and professional calling, and not bolster politically motivated ethics imposed by the state. Moreover, investigating scientists (in this instance, neurologists and neurosurgeons), not only in this country but globally, should recollect and adhere first of all to the traditional, universal, and individual‑based ethics of Hippocrates, centered on their individual patients or human subjects, rather than utilitarian, population‑based ethics that place monetary considerations, or the interest of third parties or the State, ahead of the interest of patients.[11]

But let us start at the beginning: What is neuroethics? Simply, it is the ethics of neuroscience, that is, what is right and what is wrong morally in the medical or technological manipulation of the human brain when practicing or conducting research in the fields of the neurosciences. Neuroethics deals with the legal, clinical, socioeconomic, technological, and moral impact that can be expected or predicted when modifying human behavior and the implications of “integrating neuroscientific knowledge with ethical and social thought.”[9]

New York Times columnist William Safire chaired a seminal conference on neuroethics in 2002 and cited Cicero for coining the Latin term moralis derived from the Greek ethicos, but opined that there was an overlapping distinction between the terms. I agree with Safire on that there is still a fine distinction between the two terms. “Morality,” stemming from conformity with religious standards, has to do with the (moral) absolutes of right and wrong. “Ethics,” on the other hand, implies “subtle,” more complex “questions of equity” and refers to good and bad. Since what is good is usually right and what is bad is usually wrong, the terms overlap and have thus become interchangeable in modern times.[10] Nevertheless, in the liberal zeitgeist of our time, and with our modern emphasis on egalitarianism, the word “ethics” predominates; thus, we have the terms “bioethics” and “neuroethics” in vogue and the nuances of meaning those terms entail.

Returning now to President Obama’s Bioethics Commission, another and even more momentous question was posed to me: “What do you think are the greatest dangers in modern neuroscience?” I responded that as with the fashionable term “bioethics,” I have some concerns that “neuroethics” may become a system of population‑based ethics and is thereby potentially dangerous when applied to patients or human experimental subjects. The application of population‑based bioethics is a dangerous path for neuroscience. Consequently, I continue to prefer the term “medical ethics” when dealing with patients and human subjects. Why? Because bioethics is (and potentially neuroethics may be) centered on utilitarianism, social engineering, and/or monetary considerations, rather than committed to placing the interest of the individual patient or the safety of the human experimental subject first. I admit bioethics principles may be helpful when the ethics of Hippocrates are not applicable, as when dealing with laboratory animals in neuroscience or other medical research.[11]

Another consideration is that technology, in general, and neurotechnology, in particular, have outpaced both moral and ethical considerations, and many young medical scientists have not been properly introduced to medical ethics.[11] This is worsened by the fact that the terms “morality” and “morals” have not been fashionable for some time, given their derivation from religious principles, and have therefore been neglected in our public education system. As a result, except for churches and synagogues, homes have been the only source of moral and ethical instruction that adolescent boys and girls have received before entering higher education.

Fortunately, many physicians, clinicians, and medical researchers adhere to the individual‑based ethics of Hippocrates [Figure 2] that they absorbed imperceptibly in medical school. Some medical students may have actually taken courses in ethics, and a few even swore to the Oath of Hippocrates or the alternative Oath of Maimonides on graduation. Nevertheless, I am aware that many, if not the majority of, neuroscientists are PhDs and may not have been introduced to either one of the oaths. This omission could be remedied by encouraging seminars in medical ethics. Since the utilitarian principles of bioethics predominate in contemporary academic circles, it is desirable that students and scientists at least be exposed to the cautious concerns and the dangers I have mentioned.[1,4,7] I also have objections to the government, as a State entity, promulgating or injecting itself into the fields of bioethics or medical ethics.[5‑7]

The State still has an important role, that is, to make sure the legal guidelines are complied with, that the guidelines and amendments set by physician‑ethicists are followed by clinicians and experimenters, and that medical ethics are observed. But the State should not be propounding or directly involved with funding institutions, medical personnel, or managing programs in neuroethics.[7]

The understandable concern is that if the State became a third party payer in neuroethics programs, it would seek to guide it or even control it and, in the process, pervert medical ethics in the context of financial or political considerations. As I have stated elsewhere:

“Once the State enters the equation, it would, if history is any guide, tilt the balance, not on behalf of the individual patient’s interest, but in its own budgetary or political interest. And so, were this process to go forward, the physicians must guard the interest of the patient (or human experimental subject) first, and the collective benefit to society, second. History forbids it otherwise.

“Participating physicians, surgeons, and researchers must be very careful and remember what has been written and restated elsewhere. Namely, the lessons of history sagaciously reveal wherever the government has sought to alter medical ethics and control medical care, the results have been as perverse as they have been disastrous. In the 20th century, both in the communist Soviet Union and in National Socialist (Nazi) Germany, medicine regressed after these authoritarian systems corrupted the ethics of the medical profession and forced it to descend to unprecedented barbarism. The Soviet psychiatrists’ and the Nazi doctors’ dark descent into ghastly experimentation and brutality was a product of physicians willingly cooperating with the totalitarian state, purportedly in the name of the ‘collective’ or ‘greater good,’ at the expense of their individual patients.”[7]

Recently, in an informal dialog on this topic and the inception of President Obama’s Bioethics Commission, three members of the Editorial Board of Surgical Neurology International (SNI) agreed that neuroscience ethics — neuroethics — is a momentous issue in which neuroscientists and private physicians in the field worldwide cannot remain on the sidelines, while the government and its agents act [Figure 3]. Dr. James Ausman advises caution and asked, “Why is it that doctors seem to be the ones to whom government entities insist on imposing ethics panels, guidelines, and controls? Why not impose them on politicians?” Dr. Ausman further asserts that the patient needs to remain the focus of medical care and medical ethics, not the biomedical industry or the government.[2,8] For his part, Dr. Russell Blaylock remains skeptical of the ultimate governmental agenda and motives, and points out that the government has for years insisted on being the only payer of medical care and has done its best to exert detrimental collectivist controls and top‑down regimentation, working in tandem with the major international corporations and tax‑exempt foundations through non‑governmental entities such as the Council on Foreign Relations and the Trilateral Commission, as well as their own individual projects.[3,8] As an example, he mentions, “the massive, nationwide eugenic program that spanned almost 60 years of American history as told in the book, War Against the Weak by Edwin Black, a perfect example of collusion between corporate elites (the Rockefellers and Carnegies) and the federal government. The American eugenics program actually pre‑dated the Nazi program and Rockefeller sent his scientists to Germany to teach their techniques to Hitler way before the Holocaust.” Thus, Dr. Blaylock has reached the conclusion that “the government has been transformed over the past 70 years into merely the tool of the corporate world.”[3,8] He further concludes, “recent history has confirmed these suspicions in such government/science abuse as MK‑Ultra, the Tuskegee experiments, secret experiments using nerve gases in the deserts of the Midwest, various biological experiments and the numerous abuses of individuals by scientific experiments in the Soviet Union as chronicled by the book by Vadim J. Birstein, The Perversion of Knowledge. In essence, the government uses every form of justification for scientific abuse of individuals and sometimes society at large.” We concluded that the dictates and application of bioethics, in general, and neuroscience ethics, in particular, should not be left up to the politicians, government, and the burgeoning public–private partnerships, acting in collusion or under the aegis of the State, but to doctors in the fields of the neurosciences and independent, non‑governmental, private organizations.[8]

8. Medical Ethics of Hippocrates or Population‑Based Bioethics — A symposium based on the Interview of Dr. Miguel A. Faria by Kerry Sheridan, Agence France‑Presse. Hacienda Publishing; 2014. [Last accessed on 2014 May 15].

This article was originally published in Surg Neurol Int 2014;5:146. This article can be cited as: Faria MA. The road being paved to neuroethics: A path leading to bioethics or to neuroscience medical ethics? Surg Neurol Int 2014;5(1):146. Available from: http://surgicalneurologyint.com/surgicalint_articles/the-road-being-paved-to-neuroethics-a-path-leading-to-bioethics-or-to-neuroscience-medical-ethics/