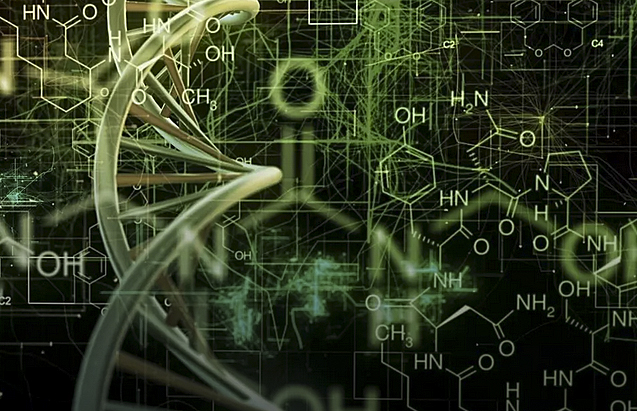 The Perversion of Science and Medicine (Part I): On the Nature of Science

Science is concerned with the acquisition of knowledge and the pursuit of certainty, elusive as these noble goals may be, in contradistinction to bolstering ignorance, superstition, or willful misunderstanding. After all, science is charged with the attainment of general truths and the solving of the riddle of the mechanics and operations of the general laws of the universe.

None of this should be surprising for the etymology of science derives from the Latin scientia, “having knowledge.” The “how-to” or operation of the natural laws are examined and tested through the scientific method which calls for the identification and stating of a problem, the gathering of facts through observations and experimentation, and the testing and re-testing of ideas (that we call hypotheses) that need to be proven right or wrong within a reasonable degree of scientific certainty.

When in the 18th Century — Edward Jenner inoculated and developed a protocol for immunizing his patients with a vaccine against smallpox; Louis Pasteur identified and characterized the gram positive bacillus that causes Anthrax, and himself developed an immunization method against rabies; Robert Koch developed his famous postulates to prove or disprove that a particular microorganism causes a specific disease; and Joseph Lister developed sterilization techniques to fight nearly invisible, microscopic and seemingly invincible pathogenic invaders — they all, not only laid momentous and precious building blocks of medical knowledge leading to the construction of the edifice of the germ theory of disease, but they also used, wholly or in part, the scientific method to advance science and medicine. These medical advances directed toward the comfort and benefit of humanity were not only rooted in science but also in moral principles, derived from our Graeco-Roman legacy of medical humanitarianism and philanthropy, and our cherished Judeo-Christian moral inheritance of altruism and charity.

But how does science work? One way is by formulating a methodology whereby a researcher defines and tests a hypothesis by devising an experiment, collecting data, and then reaching a conclusion as to the validity — that is, the truthfulness or wrongness — of the tested hypothesis. Yet, before this conclusion is formed, the data must be collected and verified, and accurate observations must be made. Science and the scientific method also require diligence in avoiding selection bias and in ascertaining that the samples to be analyzed are adequate in size and that the control groups are properly matched. The researcher not only must be assured that the experiment is properly carried out and the data properly obtained, but also that he [himself] is unbiased and an honest observer, not deceived by preconceived notions about the subject under study. Failed these, the conclusions drawn from the observations or experiments are null and void.

An example of what can happen when scientific research is riddled with illogical reasoning and errors in methodology and design, or tainted by dishonesty or biased information was given recently by Dr. Jane Orient in a series of scholarly articles, “Practice Guidelines and Outcomes Research,” published in the Medical Sentinel.(1,2) Dr. Orient showed with pinpoint accuracy that managed care’s outcome research is not only riddled with procedural errors but is also, in fact, unscientific because it deals, not with objective patient treatment results and evaluations of specific scientific medical advances, but on subjective evaluations and health systems measurements leading to the preconceived goals of cost containment and rationing of medical care. Plainly speaking, the pseudo-research she criticized did not search for the elusive fountain of youth or the alleviation of suffering for our patients, but to satisfy the fashionable cliché, “for the proper allocation of scarce resources” and the realization of the bottom line for the managed care networks working under monopolistic government protection.*

Another example of faulty research was displayed by the AMA’s Council of Scientific Affairs when it endorsed, on the basis of “scientific research,” the ban on assault weapons.(6) Obviously, the Council had a public relations ax to grind rather than expert knowledge of the sciences of criminology and ballistics. Instead of doing its own scholarly work or at least relying on the expert work of Dr. Martin Fackler, the foremost wound ballistic expert in the United States, it unfortunately relied, for political purposes, on unscientific data and even sensationalized newspaper articles, one of which claimed that watermelons fired upon and blasted with “assault weapons” are appropriate human tissue simulants to demonstrate wound ballistics! It has been pointed out, correctly, I may add, that if that were the case, an 18″ drop of a watermelon would also be appropriate for the study of head injuries.(7)

Before proceeding further, allow me to clarify some general terms. A theory is a general principle that is proposed as to explain observed facts. A hypothesis, on the other hand, is an assumption that must be defined in advance and then tested before it can subsequently be used as a theory to explain observed facts or natural phenomena. If after a hypothesis is properly tested, it’s not supported by objective, scientific observations, it must be rejected. That is why Albert Einstein himself announced, “no amount of experimentation can ever prove me right; a single experiment can prove me wrong.” On the other hand, if experimental data or observations support the hypothesis, the latter should be accepted, at least until the time when another given observation properly rejects it.

Above all, scrupulous researchers must avoid post hoc, ergo propter hoc reasoning, “after it, therefore because of it”; they must make sure their conclusions truly follow from their observations and experiments, rather than assume that a conclusion follows simply because a certain independent event preceded it. Take, for instance, the often heard proposition, repeated time and again, without dissent, in the medical literature on the subject of “guns and violence” — namely, that guns in the U.S. are responsible for high rates of suicide. When in reality, the overwhelming available evidence compiled from the discipline of psychiatry is that untreated or poorly managed depression is the real culprit behind high rates of suicide. Moreover, from the social science of criminology, we solve the seeming paradox that countries such as Japan, Hungary, and Scandinavia which boast draconian gun control laws have much higher rates of suicide (2 or 3 times higher) than the U.S. And that is, that in these countries where guns are not available, citizens simply substitute for guns other cultural or universally available methods such as Hara-kiri, drowning in the Blue Danube, suffocation (with poisonous gases such as carbon monoxide), or hanging, and they commit suicide by these methods at higher rates than in the U.S.(8)

Today, sadly, many government researchers who depend on government funds (naturally, extracted from the taxpayers) are frequently placed in a conflict-of-interest situation or position themselves in dubious circumstances in which their credibility (and professional reputations) can be called into question. (I would also say honor, but the term is considered anachronistic and antiquated in many quarters.) Given the nature of research impacting directly on public policy, many of these researchers are veritably pressed to reach preordained conclusions about scientific projects in which government officials and political leaders have a vested political interest or an ideological ax to grind.

In these circumstances, particularly when politics and ideology are at stake, we end up not with objective research and the attainment of scientific truth, but with what Dr. Edgar Suter of Doctors for Integrity in Policy Research (DIPR), myself, and others have called politicized, results-oriented research.(9,10,11) This kind of pseudo-science, masquerading as scientific research has adverse and detrimental effects on public policy generally, and science and medicine, in particularly.

This “results-oriented research” has reached a pinnacle of sophistication and preordination with the work carried out by the Centers for Disease Control and Prevention (CDC) which has, until very recently, enjoyed a high degree of respect and credibility with both the scientific community and the public, because of its historic record and continuing work in fighting truly epidemiologic and contagious diseases afflicting humanity. The problem today stems from the gun control propaganda coming out of the National Center for Injury Prevention and Control (NCIPC) branch of the CDC and published in the Journal of the American Medical Association (JAMA) and The New England Journal of Medicine (NEJM).

A number of us who have studied this problem — namely, gun control research promulgated by the CDC/NCIPC and published in the mainstream medical journals including AMA-sponsored journals, have found that conclusions are preordained-that is, data are collected and observations made as to reach desired, foregone, politically-oriented conclusions.

How this travesty of unscientific, preordained “research” has been carried out, published and disseminated in the mainstream medical journals, and how this preordained “research” and unscientific information could have (and is having) adverse and detrimental effects on public policy are the subjects of Part II of this essay, “The Perversion of Science and Medicine — Soviet Science and Gun Research.”

* Managed care networks and HMOs are favored by government policy — i.e., the Revised Health Manpower Act of 1971(3,4) and the McCarran-Ferguson Law(5) — not only with government protection, but with tax benefits and antitrust exemptions that place independent medical practitioners and other allied health providers (e.g., independent pharmacists, small insurers, etc.) on an uneven playing field in the medical marketplace.

This article may be cited as Faria MA. The Perversion of Science and Medicine (Part I): On the Nature of Science. Medical Sentinel 1997;2(2):46-48. Available from: https://haciendapublishing.com/the-perversion-of-science-and-medicine-part-i-on-the-nature-of-science/