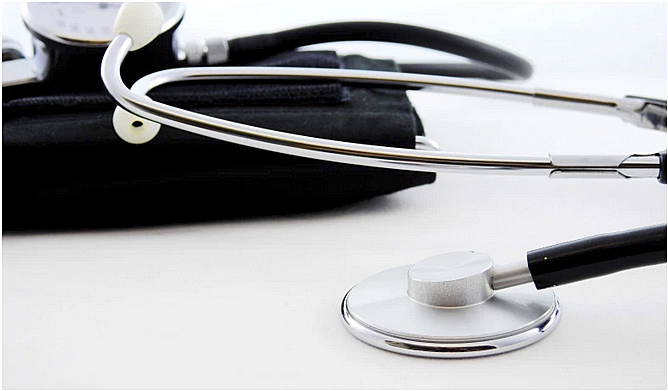 The Ethics of Corporate Socialized Medicine

It is the free mind and individual responsibility, the principles of the Renaissance that have brought us the wonders of modern health care through the free-market capitalist system and through the inventiveness of the free minds it has raised. It seems we are now going to harness the capitalist engine for rationing….

It seems that we in America are about to embark on an accelerated venture of harnessing the capitalist engine for the destruction of healing…. For instance, the terms managed competition we hear in all these proposals, by sleight of words say the opposite of what they mean. It is competition in management we should be speaking of…. It is the loss of philosophical concepts, the loss of the spirit of free will and individual responsibility represented in these schemes, together with conceptual muddle-headedness which are sounding the death knell to the philosophy of our civilization.(1)

As we further reflect on what transpired during the health care reform debate of 1993 and 1994, we must realize more than just changes in the U.S. health care delivery system were (and are still) at stake.  As you would remember, the government launched an all-out attack to seize control of the American health care industry, and with it, 15% of the GNP, in one giant scoop. The attack was successfully repulsed by the American public, who rejected the colossal state bureaucracy inherent to that scheme of socialized medicine.

But a clear and present danger still looms on the medical horizon, and that is, corporate socialized medicine in the form of managed care/managed competition. Where once the supreme medical ethic dictated that physicians place their individual patients’ interest above their own (and above that of the state) in the spirit of true altruism and charity, today’s ethics of corporate socialized medicine and managed competition propound that the physician place cost considerations and the interest of third-party payers above that of his or her patient. That is, they want physicians to practice what the Swiss philosopher, Professor Ernest Truffer, calls a veterinary ethic that rejects the traditional medical ethic requiring a physician to care for his/her patient according to the patient’s specific medical requirements, in favor of a new ethic which consists of caring for the patient as if he/she were a sick animal, not in accordance with its specific medical need, but according to the wishes of its master or owner—the person or entity responsible for paying the medical bills.(2)(6)

For the first time in the history of medicine, physicians are being coaxed or coerced, whatever the individual case might be, to ration health care by restricting their patient’s access to specialists or expensive treatments—that is, involuntary rationing for the sake of cost containment and as to make the HMOs, for which they work, more efficient and profitable.

Today, physicians are subject to so-called cost-effective analysis and economic credentialing. This is a methodology by which hospitals and health care networks (particularly HMOs) use utilization review data about physician medical practices (not to determine quality, but to monitor financial impact). Physicians who have not been cost-effective, that is, they have not been stringent in their restrictions (or who treat the sickest and most difficult cases and thereby incur the most costs in their communities), may have not only their bonuses withheld at the end of the year, but could also lose their membership status in hospitals or health care networks when they apply for new, additional, or renewal of clinical staff privileges.

Major health care networks are acting in collusion with government bureaucrats and policymakers to impose managed competition, and to change the time-honored ethics of the medical profession. Much about this cozy relationship between government bureaucrats and private health care mega-corporations has come to light, at both the state and national levels.

At the state level, we have the case of Minnesota where a private foundation, working hand in hand with members of the governmental Interagency Working Groups, has instituted a bureaucratic, “Clinton-Lite,” statewide health care system.(3)

At the national level, thanks to the lawsuit (AAPS v. Clinton) filed by the Association of American Physicians and Surgeons (AAPS) against the Health Care Task Force headed by Hillary Clinton and Ira Magaziner, we again have the case of corporate special interests seeking to change the American health care delivery system, to revamp it and make it more to their liking and directed towards their own financial benefit.(4,5) In both the state and national scenarios, big foundations and mega-corporations, with a vested financial interest in managed care (HMOs), militated behind closed doors under the auspices of the government to implement managed competition as the method of health care delivery for the entire nation. The concept of managed competition (or corporate socialized medicine), with managed care and gatekeepers as centerpieces and cost containments as its raison d’être, threatens the supremacy and the sanctity of the patient-doctor relationship and the ability of the physician to do ethically all he/she can for his/her patients.

We must remain vigilant and cognizant that under the guise of cost containment, the health care debate during the rest of this decade does not deteriorate into incremental reforms directed at covert rationing of medical care, and that quality and technology are not sacrificed on the altar of expediency and deceit. With managed care, Dr. Thomas Dorman, an AAPS physician member from California, asserts that the profitable incentives for cost containment are so irresistible as to constitute “competition in rationing.”1 In fact, it can be argued that the whole scheme of managed competition is the profit motive for the mega-corporations and competition in rationing for the rest of us.

The lessons of history sagaciously reveal wherever the government has sought to control medical care, medical practice, or physicians, the results have been as perverse as they have been disastrous. In our own century, in the Soviet Union and Nazi Germany, medicine regressed and descended to unprecedented barbarism in the hands of the state. Physicians must not falter at this crucial moment. We should not allow neither the government nor the powers that be (or corporate socialized medicine and managed competition) to change the noble ethics of the House of Medicine or adulterate the sanctity and trust of the patient-doctor relationship.

There is a threat of a modern dark age looming on the medical horizon. It is the impending dark age of corporate socialized medicine, and if this form of medical care is ever fully implemented in America, patients can rest assured they will be greatly affected. They will find that their new physicians dare not advise them what is best for them, but will do as they are told by government bureaucrats and/or government-controlled, token, third-party networks. Gone will be the independent-minded physicians of yore who took medicine to its pinnacle, free of government intrusion and coercion, who treated their patients as individuals and who placed their patients’ interest above their own, in the spirit of true altruism, philanthropy, and humanitarianism, and within the sanctity of the patient-doctor relationship. Lost will be patient and physician autonomy.

The reality is that the government-inspired false “ethics of caring,” is based on what is actually closer to Professor Truffer’s veterinary ethics, an ethic that forces physicians to act in the interest of the government or corporate entity as third-party payer, rather than in the interest of their patients; mandates coercive compassion; responds only to pressure by politically-powerful special interests; and insists on statism and collectivism to solve the world’s problems, rather than on the philosophical notion of free will and individual initiative.

For physicians, the impending change in the ethics of the medical profession, as it relates to the patient-doctor relationship, is of paramount importance. In fact, it is my profound belief that this transformation in the time-honored ethics of the patient-doctor relationship will be the defining issue for the rest of this decade. It will determine the physicians’ place in the general scheme of things, both in the professional realm of medical practice, as well as in their civic and social position in society. Will they remain committed to their patients in the tradition of Hippocratic medicine (and for others to the Oath of Maimonides), or will they succumb to veterinary ethics and the specious notion of doing what is “best for society” (and the managed care entity that employs them)? Before answering this question, let us remember both Socrates’ admonition, nosce te ipsum, “know thyself,” as it pertains to our role as healers and physicians, and Hippocrates’ counsel, primum non nocere, “first do no harm”—for the future of the profession and the health of our patients hang in the balance.

6. Goodman WE. Canadian Medicare: A Road to Serfdom. Presented at a AAPS  meeting in Toledo, Ohio, April 20, 1990. Dr. Goodman cites Swiss Professor Ernest Truffer and his medical philosophy of freedom in medicine.

This article, which originally appeared in the April 1995 issue of the Journal of the Medical Association of Georgia as Dr. Faria’s “Editor’s Corner,” was subsequently updated and re-published as Chapter 22 in Medical Warrior: Fighting Corporate Socialized Medicine (1997). It has been posted here and is now accessible on this website for the benefit of our readers.