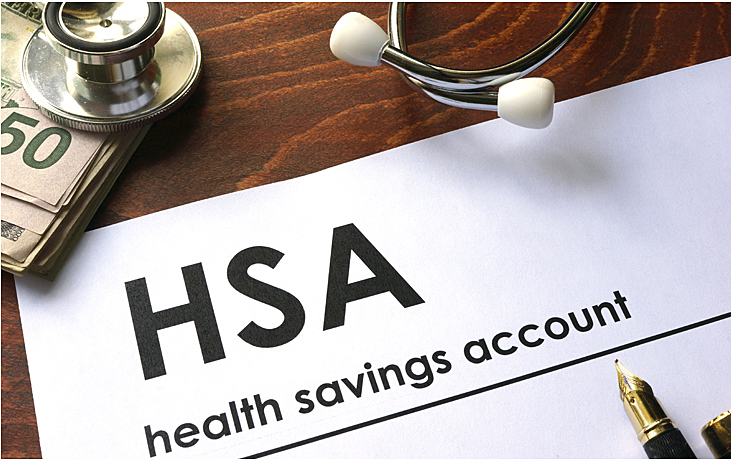 Over the next three to four years, during President George W. Bush’s second term in office, we can expect the United States Congress to continue to move in the direction of improving access and quality of medical care via the implementation of affordable, free market solutions, particularly Health Savings Accounts (HSAs).

Strengthened by his re-election with a popular majority, a decisive and final victory in the Electoral College, as well as an increase in the already present majorities in both the U.S. House of Representatives and Senate—President Bush should be able to move decisively to free American medicine from the bureaucratic red tape that has been gradually suffocating the American health care delivery system for the last several decades.

Nevertheless, it will not be an easy task! Impediments remain, not only political opposition by liberal Democrats, who want to continue to travel down the same road of bigger government and ever greater government dependency, but also the bureaucratic inertia characteristic of Washington.

Moreover, President Bush and Congress still have to deal with the problem of the American legal system and the persisting, intractable liability crisis besieging the House of Medicine. The relentless assault upon the medical profession, particularly neurological surgeons, by unscrupulous trial lawyers is well known to the worldwide readers of Surgical Neurology. Unlike health savings account policy, health care litigation and product liability are two American examples that are almost unique in not being worthy of imitation anywhere in the world!(1,2)

The major medical issues to be confronted in the new 109th Congress will be tax reform for health insurance and the dismantling of stifling government regulations. President Bush has made it clear that he favors tax credits to make health insurance more affordable for the working uninsured.(3) Either tax credits or deductions for health insurance are likely to pass in this Congress, not only because of an expected increase in the federal government revenue projections but also because these proposals are now supported across party lines. Democrats have heard the voters.

It’s still possible that recalcitrant Democrats in the U.S. Senate could stall free market reforms. Although Republicans gained four more seats in the Senate thereby consolidating their majority (55 seats), Democrats (44 seats) can still block passage of reform by invoking the filibuster, a Senate obstructionist maneuver by which a minority of legislators can prevent the adoption of legislation and which can only be overridden with a super majority of sixty opposing votes (cloture).

No one should discount political opposition. In the weeks preceding the election of President Bush and the 109th Congress during the lame duck session of Congress, liberal Democrats in the House of Representatives made two attempts to restrict and/or ban funding the health savings accounts (HSAs) available through the Federal Employee Health Benefit Plan (FEHBP). The efforts, which were led by Jim Moran (D-Virginia) and Eleanor Holmes Norton (D-District of Columbia), failed because Republicans opposed their amendments and many Democrats crossed party lines.(4)

President Bush supports tax relief for small businesses, the self-insured, and larger employers who contribute to their workers’ health savings accounts (HSAs). This assistance could take the form of tax credits via direct deposits to HSAs.

Tax deductibility needs to be expanded to include HSAs, formerly medical savings accounts (MSAs), which were designed with the idea of supplementing high deductible insurance coverage.

Many experts favor tax deductions over refundable tax credits for HSAs because it requires less government involvement for those who can establish their own private HSA. Either way, HSAs could very well be the answer to the problem of pricing, affordability and access to medical care, particularly for the uninsured. In 1996, the Kassebaum-Kennedy law set up a pilot project for MSAs which, unfortunately, had a slow start because many of the provisions were preordained to failure by a number of restrictions. For example, there was a cap of 750,000 MSA openings; there were unwieldy, required deductibles; there were sun setting provisions (i.e., the program closed after a four-year period); and availability was limited to the self-employed and to small businesses with less than fifty employees. All of these requirements predictably made MSAs unattractive to insurers.(5)

Thus, restrictions and federal tax laws were significant obstacles to the wide implementation of MSA plans.

In January 2004, Health Savings Accounts (HSAs) became widely available for the first time to Americans as part of the Medicare Prescription Drug, Improvement, and Modernization Act passed into law the previous month. Like its MSA predecessor, HSAs make health insurance coverage easier by allowing prudent consumers to save and deposit money into a private, tax-free account in order to pay for health care expenses.(6) Self-insured individuals can make pre-tax, annual deposits of $2600 into an HSA, while families can make yearly contributions of up to $5150.

The Speaker of the House of Representatives, J. Dennis Hastert (R-Illinois), was a sponsor of the Medicare reform legislation, and it was in his district that Fortis Insurance Company (Fortis Health) started working with Congress to expand MSAs into HSAs.

As originally intended with MSAs, HSA policy couples high-deductible, catastrophic insurance coverage with low monthly premiums. A typical coverage in Illinois, where HSAs have become widespread, would couple an insurance policy costing $250 a month with a yearly deductible of $2500.(7)

Under present law, Americans who have an HSA must purchase a concomitant health insurance policy with an individual deductible of at least $1000 or a family deductible of $2000. Preventive care is exempted.

HSAs could very well be the silver bullet that solves the problem of the uninsured as well as rising health care costs in America, and not the “poison pill” that liberal Massachusetts Senator Ted Kennedy called MSAs years ago.

Money deposited into HSAs can be rolled over from year to year, tax free, out of the reach of government. HSAs are the property of the individual, whether self-employed or employee, so that when a person changes jobs, the HSA goes with him – that is, it’s portable.

Unspent money in an HSA can potentially follow a healthy individual into retirement. At the same time, high deductible, affordable catastrophic insurance can provide coverage for the seriously injured neurosurgical patient as well as the chronically ill medical patient. In the meantime, healthy lifestyles are rewarded not only with health savings before and after retirement but also with good health. HSAs, like MSAs, provide personal incentives against self-destructive behaviors and unhealthy lifestyles.(8)

Funds can be withdrawn and spent after age 65, but withdrawals for non-medical purposes prior to age 65 carry a ten-percent penalty.(9)

What I wrote exactly ten years ago seems finally to be coming to pass:

We should militate relentlessly for the institution of tax-free Medical Savings Accounts (MSAs); catastrophic coverage via high-deductible, portable, insurance and derail the litigation juggernaut that is devastating America by passing sensible tort reform.The introduction of personal incentives, not only to remain healthy, but to save in a tax-free MSA, owned by the individual patient-consumer, are immense, while preserving choice of physician, place of treatment, and individualized treatment plan, with quality not sacrificed on the altar of rationing and cost-containment.(10)

So what can we expect as far as health proposals in President Bush’s second term? He is expected to address the problem of state health mandates and the myriad of choking regulations affecting the health industry. The President has also made it a point to confront the sue-for-profit litigation industry, the trial lawyers strangulating the medical profession.

In the meantime, Congress will try to improve the Medicare tax reform legislation. It’s expected that with bolstered political support, the Republicans will strengthen HSAs making them more flexible, more affordable, and more attractive to patient-consumers. Let’s hope they succeed. American medicine needs to further extricate and free itself from the clutches of government.

* Health Care News is an excellent source of medical news and health policy information published monthly by the Heartland Institute in Chicago. For more information, visit their web site at http://www.heartland.org.

Miguel A. Faria, Jr., M.D. is Clinical Professor of Surgery (Neurosurgery, ret.) and Adjunct Professor of Medical History (ret.); Editor emeritus of the Journal of American Physicians and Surgeons (formerly the Medical Sentinel); and author of Vandals at the Gates of Medicine: Historic Perspective on the Battle Over Health Care Reform (1995); Medical Warrior: Fighting Corporate Socialized Medicine (1997); and Cuba in Revolution: Escape From a Lost Paradise (2002). His articles and books are available at https://HaciendaPublishing.com.

This article may be cited as: Faria MA. Enhancing medical care in the U.S. via health savings accounts (HSAs). Surgical Neurol, 2005 Sep;64(3):276-7. Available from:  https://haciendapublishing.com/enhancing-medical-care-in-the-u-s-via-health-savings-accounts-hsas/.