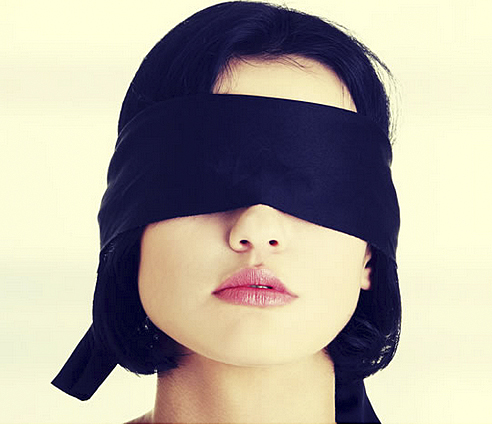 Over the years, in both commentaries and letters to the editor in my local newspaper, I have noted the naïve expression of many letter writers and liberal pundits, who glossing over the Constitutional protections guaranteed by the 4th and 5th Amendments, opine, “If you don’t have anything to hide, then you don’t have anything to fear!” When the Soviet KGB needed culprits, their motto was “Show me the man and I will show you his crime.” In other words, charges can be brought against anyone, once the State has decided to trample on the rights of any targeted citizen. In the U.S, ask David Koresh and Vicky Weaver, and all those little known Americans, such as Carl Drega, and more recently John Gerald Quinn, whose home was subjected to a “no-knock” raid (once referred to as “dynamic entries”) based solely on the suspicion there was a gun in his house, or Bruce Abramski and all those lawful American gun owners who over the years have been victimized by the ATF.

Civilian disarmament has always preceded genocide in totalitarian tyrannies. History teaches us that repressive governments that end up committing genocide and mass killings of their own populations (“democide”) have always first disarmed the citizens. The political formulas for accomplishing civilian disarmament comprise the veritable hallmarks of tyrannical governments: Public propaganda against guns (i.e., frequently using a tragedy as a pretext for mounting a campaign of demonization of firearms); followed step-by-step by gun registration, banning, conﬁscation, and ﬁnally, total civilian disarmament.

Enslavement of the people then follows easily with limited resistance. This is what happened in Nazi Germany, the Soviet Union, Red China, Cuba, and other totalitarian regimes of the twentieth century. At least 100 million people perished in the last century killed by their own governments, not in wars but in peacetime. Civilian disarmament, then, is not only harmful to one’s freedom and potentially deadly to one’s existence, but also counterproductive in achieving liberty or safety.

Nevertheless, ignoring the lessons of history and the tragic chronicles of other nations overtaken both by tyranny and democide, we frequently also hear: “Well, it cannot happen here.”

Following the latest shooting rampage at Ft. Hood, where on April 2, Ivan Lopez, an Iraq War veteran, used a .45 caliber semi-automatic handgun to kill three innocent people, I have heard:  “I see nothing wrong with some restrictions… We have to do something; there are just too many guns out there in the wrong hands.” This cliché neglects the fact Ft. Hood is a gun-free zone, where an armed madman can shoot innocent victims who are disarmed and unable to defend themselves. In fact, the rampage ended when a female MP drew her weapon, causing Lopez to stop the shooting and take his own life. This is similar to the case at the Clackamas Mall in Oregon (2012), where a deranged killer, after shooting two people and realizing another shopper (a concealed carry permit holder) had pulled a handgun and was aiming at him, then turned the gun on himself.

These naïve attitudes also ignore the penchant of politicians for taking advantage of tragedies (ostensibly with good intentions) to gain more power, and the tendency of governments to usurp the natural rights of citizens, as when instituting “socialism with a human face.” I have also read an assertion by a letter writer who insisted: “We owe an apology to the Europeans for the gun violence in America!” And that is not all; just yesterday, I read a letter by a writer, who neglecting history and instead taking a simple snapshot of the moment, claimed: “Countries in Western Europe, like Britain, France, or Sweden, which regulate gun ownership closely, are not in any danger of sliding into tyranny and they don’t have the crime.”

All of these writers ignore inconvenient facts, such as the high crime rate in Britain (particularly burglaries) that exceeds that in the U.S., and where citizens are not permitted to defend themselves in their own homes! Ask Tony Martin. The Europeans live in confiscatory social democracies, where citizens don’t have many of the protections afforded in the U.S. Bill of Rights. Most importantly, the Western Europeans were rescued by our armies from the Nazis in World War II, and protected from the Soviet T-34 tanks during the Cold War. Since that time, despite NATO, the Europeans remain largely dependent on the U.S. for their own security. Ironically, witnessing the resurgent bullying and roaring of the Russian Bear in Georgia, the Caucasus, and the Ukraine, the Europeans are hinting they may require further protection from the U.S.

Europe has been free to pursue their pacifism, socialism, and virtual pusillanimity, only because the U.S. protected (and still protects) them with our nuclear deterrent, our bases, our presence, our military expenditures, and our guns! It is fair to say that reminiscent of H.G. Wells’ classic, “The Time Machine,” the cannibalistic Morlocks (Nazis and Russians) would have long ago devoured the pusillanimous Elois (Western Europeans, including the liberal darling Scandinavians), had it not been for the goodwill of the U.S, the magnanimity of American taxpayers, the sacrifices of American boys in Normandy, the presence of our troops, and our guns! I say the world owes US — Americans, guns and all — a great debt of gratitude for preserving their freedom and allowing them to make the choice of pursuing their social and economic goals with the pusillanimity they desire!

An unillustrated version of this article appeared on GOPUSA under the title “European Social Democracies and Gun Control” on April 14, 2014. A shorter version of this article with the title “Faria: America, guns and freedom — a rebuttal” also appeared in The Macon Telegraph on May 29, 2014. The photographs used to illustrate this commentary came from a variety of sources and did not appear in either the GOPUSA or The Telegraph articles.